The Young and the Restless Spoilers: Sharon Trapped, Forced to Rely on Alice – Zack Wants Sharon Dead, Can Scott Save Her? 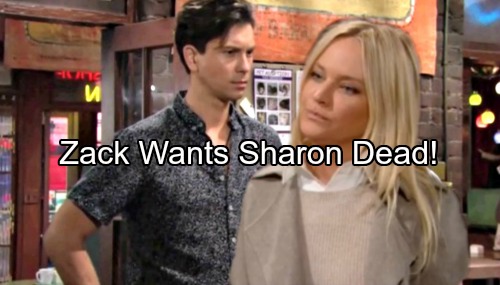 The Young and the Restless (Y&R) spoilers tease that Sharon (Sharon Case) will have a dilemma on her hands. After she confronts Alice (Tamara Clatterbuck), she’ll have to figure out her next move. This is obviously a huge decision. Crystal’s (Morgan Obenreder) future could depend on Sharon’s actions.

After grilling Alice and mulling everything over, Sharon will make a tough call. She’ll decide that turning Alice over to the cops may not be the answer. Her knowledge is invaluable right now. If Sharon wants to find Crystal, she needs Alice’s full cooperation. Sharon may not get that if Alice is arrested.

Tessa (Cait Fairbanks) may mention the recent text from Natalia (Tina Ivlev). It said that Alice was going to visit Crystal soon. Sharon will probably want Alice to go ahead and take that trip. Naturally, she’ll want to come along as well. 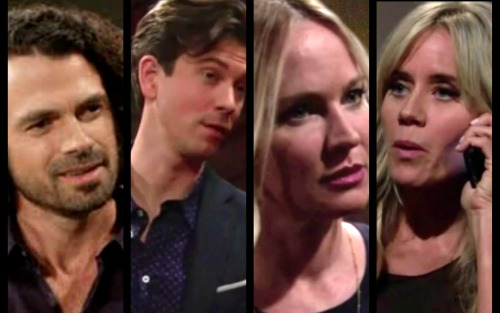 Mariah (Camryn Grimes) and Tessa will want to stay as involved as possible. However, Sharon may force them to back off as more risks emerge. Sharon won’t know exactly what she’s walking into. She won’t even know if she can trust Alice to take her to the right location.

It’s clear that Alice is loyal to the girls at the safe house. She’d never forgive herself if she put them in danger. That’s why Sharon needs to stay on guard. Alice could double-cross her and spark total chaos. Never doubt that she’ll put those girls first. They would be better off breaking free from this sex ring, but Alice doesn’t seem to understand that.

Next week, The Young and the Restless spoilers state that Sharon will find herself in a tight spot. Whether Alice tricks her or not, Sharon could get caught poking around. She’ll attempt to help Crystal, but she might get captured in the process. Zack (Ryan Ashton) won’t be happy when he finds out his operation is in jeopardy. Sharon could be in deep trouble!

Y&R spoilers hint that Scott (Daniel Hall) will get updates on Sharon’s predicament. He’ll try to save his love, but he may not be able to beat the obstacles. Sharon may have to find another way out of this mess.

Mariah will certainly fret about Sharon as all of this goes down. She’ll inevitably lean on Tessa during this difficult time. Will a vulnerable moment bring out their true feelings? We’ll keep you posted as other Young and the Restless news comes in. Stay tuned to Y&R and don’t forget to check CDL often for the latest Young and the Restless spoilers, updates and news.