BY Heather Hughes on August 1, 2017 | Comments: one comment
Related : Soap Opera, Spoiler, Television, The Young and the Restless 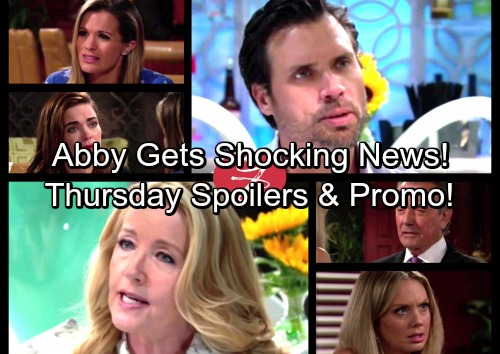 The Young and the Restless (Y&R) spoilers for Thursday, August 3, tease that Chelsea (Melissa Claire Egan) will have Nick (Joshua Morrow) on her mind. She’ll worry that his feud with Victor (Eric Braeden) is taking a toll. Chelsea can tell that the stress has left Nick on edge. She’ll share her fears and ask for Victoria’s opinion in Thursday’s Y&R episode.

Of course, Victoria has a lot more information than Chelsea. She understands why the conflict spiraled out of control within the Newman clan. Chelsea may think Nick overreacted to all the concert drama, but this actually goes back much further than that. Nick is still outraged about Victor’s scheme with Chloe (Elizabeth Hendrickson) and the events that led to Adam’s (Justin Hartley) death. 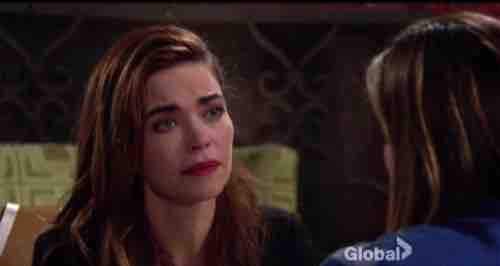 Chelsea would be furious if she knew Nick left her out of the loop. Victoria realizes telling Chelsea would create additional issues and violate the pact. She’ll probably just suggest that Nick is tough and can deal with the crisis. Newmans have no choice but to survive. That’s just it works with this crew.

Meanwhile, Nick and Nikki (Melody Thomas Scott) will get into an argument. The Young and the Restless spoilers say Nick will grill his mom about her plans. He’ll wonder what the first step is now that Nikki is an independent woman. Nikki will confess that she’s headed to the Abbott cabin again. She’ll explain that she intends on spending the day with Jack (Peter Bergman). 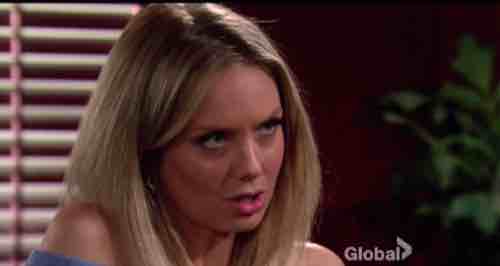 Nick has no problem with Nikki distancing herself from Victor, but he won’t view Jack as a desirable option either. He’ll object to this romance, but Nikki will insist that it’s what she wants. She’ll urge Nick to stop butting in her personal life and focus on his own.

Elsewhere, Abby (Melissa Ordway) will get a huge shock. A conversation with Victor will reveal some surprising info. The Young and the Restless spoilers state that Hilary’s (Mishael Morgan) actions will come up during this chat. Abby will point out that Hilary aired footage of Nick and Victor’s awful brawl. She may ask if Victor plans to retaliate. 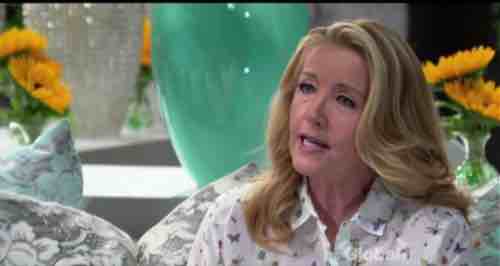 Victor will stun Abby by admitting that he gave Hilary his blessing. Like Chelsea, Abby will definitely wonder what the whole story is. She may sense that there’s something she’s been kept in the dark about. Victor will do his best to quiet Abby’s concerns, but he’s just delaying the inevitable.

It sounds like some serious conflict is coming up in Genoa City. We’ll give you updates as other Y&R news emerges. Stay tuned to the CBS soap and don’t forget to check CDL often for the latest Young and the Restless spoilers, updates and news. Sign up for our newsletter by clicking here and get the latest breaking soap news!