The Young and the Restless Spoilers: Thursday, May 25 – Cane Panics Over Juliet’s Confession – Reed Shocked by Philly Kiss

BY Heather Hughes on May 23, 2017 | Comments: 9 comments
Related : Soap Opera, Spoiler, Television, The Young and the Restless 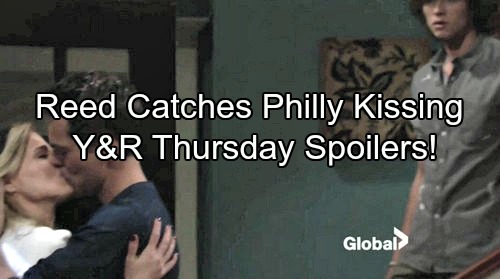 The Young and the Restless (Y&R) spoilers for Thursday, May 25, tease that Nikki (Melody Thomas Scott) will struggle to keep her secret. She’s been trying to pretend her marriage is just fine, but it’s starting to get tougher. Victor (Eric Braeden) wants to worm his way back into Nikki’s life and that’s just making her more agitated.

Jack (Peter Bergman) already senses that there’s conflict within the Newman family, but he hasn’t been able to get any proof. When Nikki appears fed up in Thursday’s Y&R episode, Jack’s suspicions will quickly grow. Nikki’s jaded attitude will spark questions from Jack. He’ll wonder what Victor did to make Nikki talk like that. 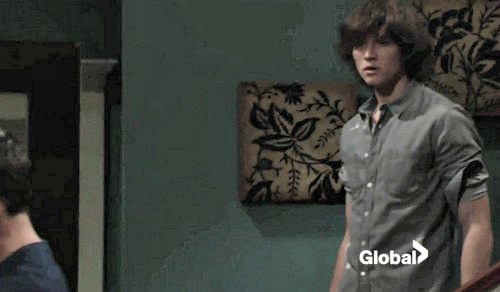 Meanwhile, Reed (Tristan Lake Leabu) will get a major shock. He’ll walk in on Billy (Jason Thompson) and Phyllis (Gina Tognoni) making out. When Reed first returned to Genoa City, he seemed drawn to Billy. Victoria (Amelia Heinle) urged Billy to butt out, but that didn’t stop Reed from developing a strong bond with him.

Reed also liked the idea of Victoria and Billy’s reunion, so this “Philly” make-out session could hit him hard. To make matters worse, Reed will be dealing with some romantic problems of his own. He’s beginning to realize just how complicated love is. 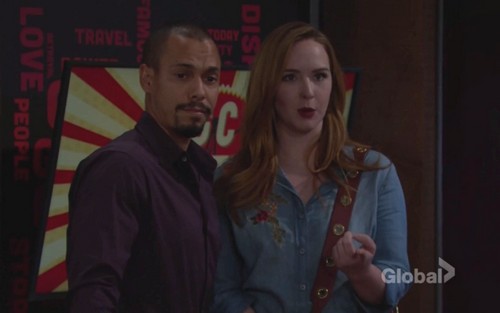 Other Young and the Restless spoilers say Mariah (Camryn Grimes) will assume that Hilary (Mishael Morgan) has a hot scoop. When she spots Hilary watching some footage, she’ll ask if that’s tomorrow’s big story. Of course, Hilary will keep a tight lid on the gossip for now. She’ll transfer the video to a flash drive as she prepares for her plot.

This flash drive will actually have Juliet’s (Laur Allen) sex confession on it. Hilary has huge plans for this info, but she has to play it just right. She wants to cause some serious chaos. Across town, Juliet will blurt out something that rocks Cane (Daniel Goddard) to the core. She’ll admit that Hilary knows about their one-night stand in Tokyo.

Cane won’t understand how this could’ve happened. After Juliet reveals she had a confrontation with Hilary, Cane will be furious that she just spilled her guts. “Deny, deny, deny” is Cane’s motto. Unfortunately, Juliet can’t take back her confession and now they’ll both have to live with the consequences of their actions.