BY Heather Hughes on December 25, 2017 | Comments: one comment
Related : Soap Opera, Spoiler, Television, The Young and the Restless 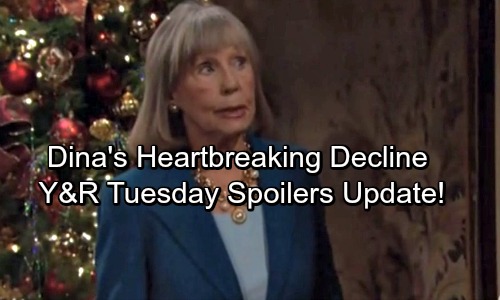 The Young and the Restless (Y&R) spoilers for Tuesday, December 26, tease that Jack (Peter Bergman) and Billy (Jason Thompson) will face off. They’ll disagree about Jack’s recent treatment of Ashley as well as the future of Jabot. After Jack takes a few harsh jabs, Billy will suggest that John (Jerry Douglas) would be so disappointed. He’ll contend that Jack’s better than this.

Meanwhile, Traci (Beth Maitland) and Ashley will have an argument of their own. The Young and the Restless spoilers say Traci will speak up for Jack. She’ll think the “no-confidence” vote was a bit much. Ashley will stand by her decision and urge Traci to shift her support. However, Traci will argue that she can’t get behind anything that breaks up her family.

Later, Jack will let Ashley know that his intentions weren’t malicious. The amendment was added back when Phyllis (Gina Tognoni) was having an affair. Jack wanted to protect the company then just as he’s doing now. He’ll maintain that he should remain in charge, but Ashley won’t back down. 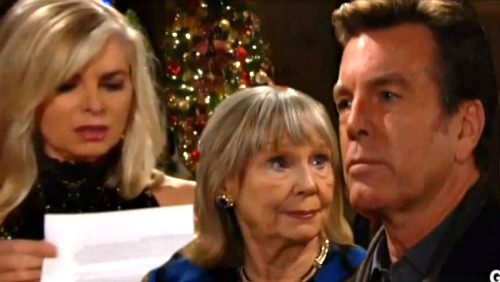 Y&R spoilers say Ash will reach out to Michael (Christian LeBlanc), but he’ll refuse to get involved. He’ll argue that it’s a conflict of interest. Once Jack arrives, he’ll be upset when Dina (Marla Adams) gets confused. She’ll think it’s Thanksgiving and wonder why John’s so distraught. Ashley will gently remind her mom that she was talking to Jack. Later, Traci will encourage Jack to make peace with Ashley.

When Nikki drops by with vow renewal news, Nick will once again explode. Nikki will beg Nick to attend, but he’ll think that’s a bad idea. Nevertheless, Nick will agree to be there if Victor promises a peaceful day. He’ll need to hear that straight from Victor before he accepts the invitation. 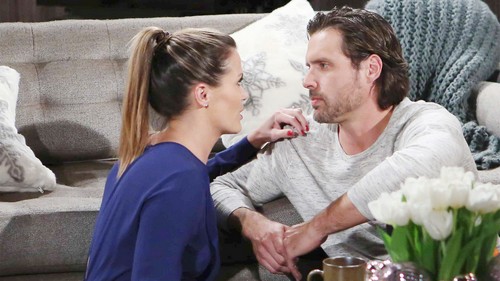 At Crimson Lights, Paul (Doug Davidson) will reject the idea that this vow renewal is legit. He’ll insist that there’s no way he’s going. After clashing with Victor, Paul will encourage Nikki to walk away. He’ll warn that he can’t protect her from charges if this investigation leads to trouble.

Victor will also fill Victoria and Abby (Melissa Ordway) in on the vow renewal plans. Abby will think that’s great, but Victoria won’t buy that it’s real. She’ll privately ask Nikki if she can get through the ceremony without laughing. Nikki will suggest that they should just see how it goes.

Nick will get a visit from Victor a little later. They’ll acknowledge their lengthy war and determine that Nick should show up for Nikki’s sake. Some big surprises are in store at this Young and the Restless event. We’ll give you updates as other Y&R details emerge. Stick with the CBS soap and don’t forget to check CDL often for the latest Young and the Restless spoilers, updates and news.

From our family at The Young and the Restless to yours, we wish you a Merry Christmas! 🎁 #YR pic.twitter.com/SFClyENKrG