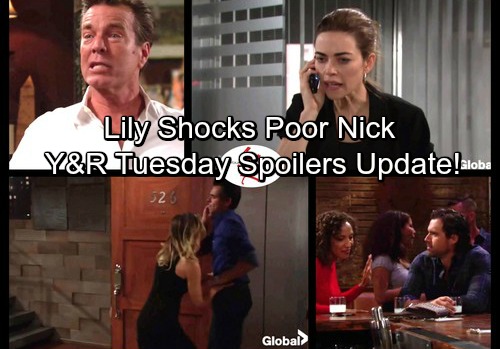 The Young and the Restless (Y&R) spoilers for Tuesday, October 24, tease that Billy (Jason Thompson) will face major backlash for his betrayal. Phyllis (Gina Tognoni) will rage about Billy putting Victoria (Amelia Heinle) and her company above everything else. She’ll feel like Billy even values revenge on Jack (Peter Bergman) more than their romance.

Phyllis will slap Billy as he tries to defend his actions. He’ll eventually admit it was wrong to go behind her back like that. Billy will contend that he felt guilty, but Phyllis won’t believe he truly regrets it. The Young and the Restless spoilers say Billy will turn this around on Phyllis. He’ll rant about how she played dumb and teamed up with Jack (Peter Bergman).

Phyllis will point out that Billy took Jack’s bait and now he’s going to pay the price. As Billy realizes what he’s done, he’ll call Victoria to warn her. On the phone, Billy will insist that they’ve been set up. Victoria will overhear Phyllis shouting and throwing Billy out of the apartment. They’re all stuck in a real mess!

Victoria will also handle some teen problems in Tuesday’s Y&R episode. The Young and the Restless spoilers say Cane (Daniel Goddard) will walk in on Reed (Tristan Lake Leabu) and Mattie’s (Lexie Stevenson) cuddle session. After he freaks, Reed will complain to Victoria about the situation. 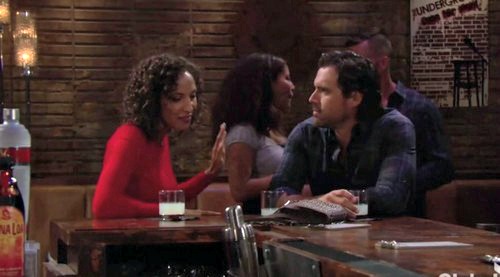 Victoria will promise that things will work out sooner or later. Meanwhile, Cane will accuse Lily (Christel Khalil) of undermining him with their children. She’ll argue that it’s his own fault he’s the outsider right now. Afterward, Cane will try to be more understanding. He’ll tell Mattie that he’s willing to get to know Reed a little better.

Lily will head to The Underground for some fun. She’ll let Chelsea (Melissa Claire Egan) and Nick (Joshua Morrow) know that she could really use a drink. Once Lily grumbles about her issues, Chelsea will excuse herself for a moment. Lily will tell Nick she just wants revenge sex with a hot guy like him. Naturally, Nick will be a bit taken aback. They’ll face some awkwardness until Chelsea returns. 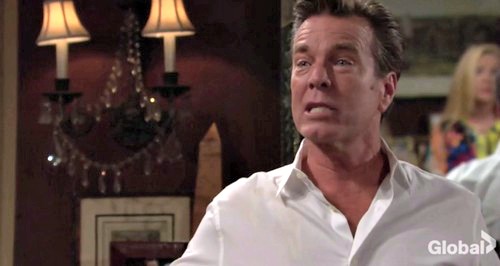 Other Young and the Restless spoilers say Scott (Daniel Hall) will rely on Victor’s (Eric Braeden) resources. He’ll manage to get some info that could help crack the sex ring case. Scott will relay some news to Sharon (Sharon Case) on Tuesday. A company called County Connect has been laundering money and may be involved. Scott won’t have the owner’s name yet, but he’ll refuse to stop digging.

Across town, Nikki (Melody Thomas Scott) will encourage Jack (Peter Bergman) to stop the hunt for his mother. She’ll think Dina (Marla Adams) might’ve forgiven Graham (Max Shippee) and left voluntarily. Jack won’t buy that this was anything but a kidnapping. He’ll vow to discover Dina’s whereabouts and take down Graham as soon as possible.

It sounds like Jack means business! We’ll give you updates as other Y&R details emerge. Stay tuned to the CBS soap and don’t forget to check CDL often for the latest Young and the Restless spoilers, updates and news.