BY Heather Hughes on November 14, 2017 | Comments: one comment
Related : Soap Opera, Spoiler, Television, The Young and the Restless 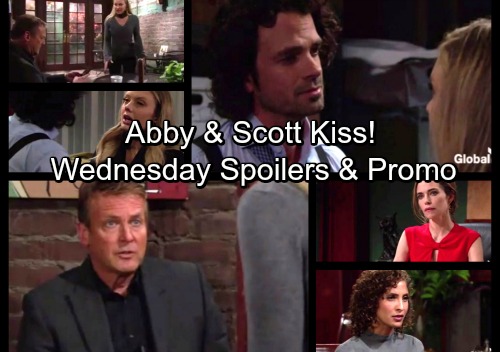 The Young and the Restless (Y&R) spoilers for Wednesday, November 15, tease that Scott (Daniel Hall) and Abby (Melissa Ordway) will have different views on their situation. Abby will promise Scott that help is on the way, but he won’t be so sure. When Abby takes Scott’s hand, they’ll lean in for several kisses.

Meanwhile, Jack (Peter Bergman) will fret over the lack of media coverage. He’ll feel like no one is reporting on Abby’s disappearance thanks to the sex ring scandal. When Phyllis (Gina Tognoni) sees how upset Jack is, she’ll offer to help. Phyllis will contend that Hilary (Mishael Morgan) would be willing to report on this. She’ll touch Jack’s arm and assure him of her support. 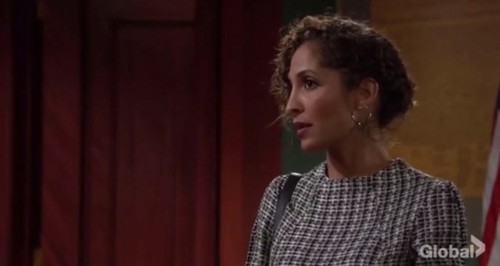 At the athletic club, Hilary and Cane (Daniel Hall) will chat after Juliet’s (Laur Allen) memorial. The Young and the Restless spoilers say Cane will vow to be there for his son. Hilary will give Cane a kiss on the cheek before she exits. Once she’s alone, Hilary will call Mattie (Lexie Stevenson) in hopes of helping the twins make amends with Cane.

At Newman Enterprises, Lily (Christel Khalil) will give Victoria (Amelia Heinle) an earful for changing her contract and lowering her pay. Victoria will suggest that it’s perfectly fair. Everyone else is in the same boat, so she’ll think Lily needs to shut up. 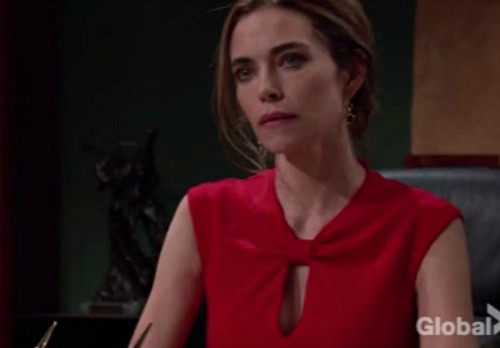 Victoria will turn her attention to handling the Newman crisis. She’ll instruct Neil (Kristoff St. John) to send out a press release that puts all the blame on Abby. Neil will think it’d be better to portray Abby as Zack’s (Ryan Ashton) victim, but Victoria won’t want to take chances. She’ll believe they need a scapegoat to keep the Newman reputation intact.

Lily will think it’s outrageous for Victoria to throw her missing sister under the bus, but Victoria’s mind will be made up. Later, Victoria will tell Neil exactly what the press release should say. She’ll want the public to know Newman is in good hands now that she’s COO. 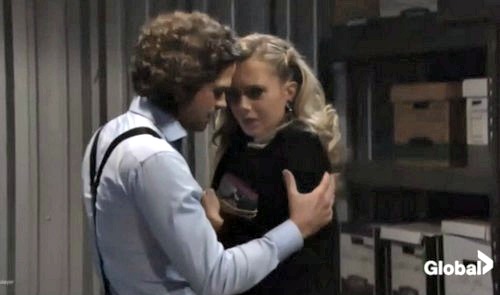 Mattie and Charlie (Noah Alexander Gerry) meet up with Cane to see how he’s doing. At the club, they encourage their dad to eat something before giving him some hugs. Lily spots the warm family moment in the distance.

Other Young and the Restless spoilers say Dina (Marla Adams) will get shocking news. She’ll be crushed to learn that Abby is missing. While Dina worries, Paul (Doug Davidson) will mull over what he knows so far. Something will click when he looks at Dina. She was last seen in an area that matches Scott’s GPS coordinates. 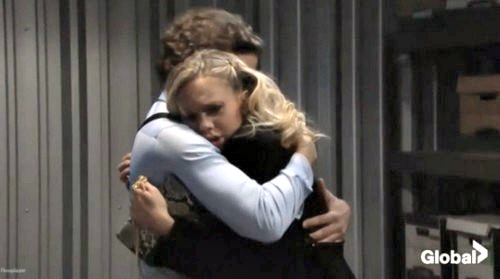 Before Paul can clear anything up, he’ll get called away. Fortunately, Sharon will manage to get a little more info. She’ll learn Dina was at a place named Roadside before she got picked up. Paul will use this clue and others to track down the captives on Thursday’s Y&R episode.