The Young and the Restless Spoilers: Week of October 16 – Graham Steals Dina From Hospital and Flies Her Out of Genoa City 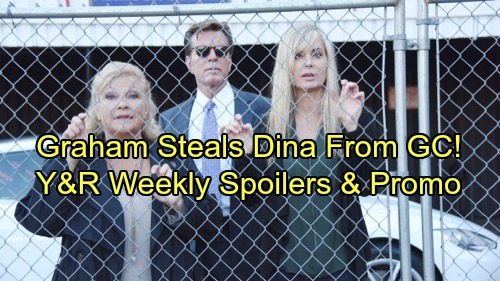 The Young and the Restless (Y&R) spoilers for the week of October 16 through 20 tease that things are about to get crazy on the CBS soap. For starters, Ashley (Eileen Davidson) will find herself facing an identity crisis. She knew she wasn’t John’s (Jerry Douglas) biological daughter and she hated herself for it. However, Ashley could always cling to the fact that only a handful of people were in the loop.

Ash will cry as she realizes her secret will spread and the last piece of comfort is gone. She always felt confident that she could present herself as Ashley Abbott. Now she’ll feel like she’s living even more of a lie. The Young and the Restless spoilers state that Ashley’s family will try to console her, but she won’t be able to get past this anytime soon. 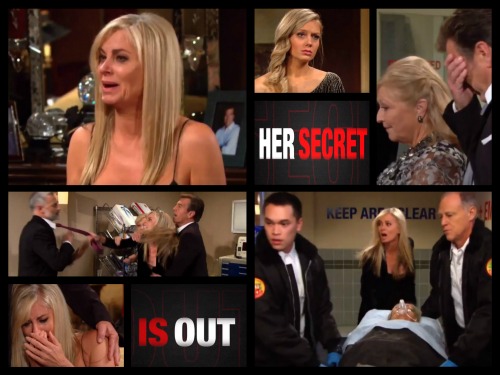 Later, Ashley will find an unconscious Dina (Marla Adams) in her suite. She’ll freak when she sees that her mother’s life is at stake. An ambulance will arrive and Dina will be rushed to the hospital for treatment. Y&R spoilers say Jack (Peter Bergman), Traci (Beth Maitland), and Abby (Melissa Ordway) will join Ashley there as quick as they can.

Unfortunately, Graham (Max Shippee) will also dare to show his face. He’ll hurl insults at Ashley and she’ll start a physical confrontation. Once the brawl breaks up, it seems Dina will be stable enough to move. Graham will provide some papers that show he’s in total control here. The Abbott clan will be furious over Graham’s healthcare power of attorney.

Dina hasn’t had time to change her will or adjust who should be in charge if she falls gravely ill. That means Graham will still be in the driver’s seat. He’ll gloat about being the only one Dina will rely on from now on. It looks like Graham will insist on having Dina flown another facility ASAP. They’ll probably be heading back to Europe for Dina’s treatment.

Naturally, the Abbotts will fear for Dina’s safety. For all they know, Graham could kill Dina on the plane and get off scot-free. This guy obviously can’t be trusted. Jack, Ashley and Traci will call out for their mother at the airport. It’s doubtful they’ll have much luck stopping Graham’s evil plan.