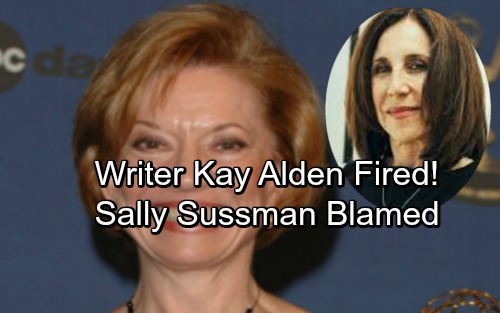 The Young and the Restless spoilers reveal breaking news on the CBS soap that will affect Y&R in a very major way – fans are in shock as there is a new report that says Kay Alden has been fired from the daytime television drama. In fact, it was Sally Sussman who requested the veteran soap writer Kay get fired as the wants to replace the actress with her own collage-age son.

Highlight Hollywood broke the surprising news with a devastating report that makes Sally Sussman look absolutely awful, even pathetic. Sources close to the situation say that it was Sally who pushed Kay out the door even though she’s only been back at the Young and the Restless for less than a year. Many fans know that Kay Alden is a soap writing legend who has not only been in the industry for many years, but who also helped Bradley Bell make The Young and the Restless the soap it is today. 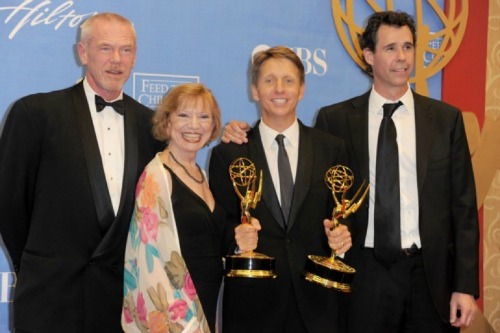 One source told the site, “Sally has been intimidated by Kay since she brought her on board.” The insider added that Kay was brought back to the show by popular demand but unfortunately Sally had other plans that simply didn’t fit with Kay’s vision. Kay was reportedly fired last Friday, July 28. The insider further explains that The Young and the Restless cast and crew won’t even find out about Kay’s firing until they go back to work on Monday morning.

Highlight Hollywood claims a Sony executive told them: “The Young and the Restless has been on shaky ground ever since they pushed the last Bell out of power at the top rated soap. Those who thought Sally Sussman was the answer obviously didn’t count on her pushing Kay Alden out. Ms. Alden was Bill Bell’s most trusted and devoted soldier for years at the soap that Bill and Lee Bell created.”

So far Kay Alden herself has not made any comments about the situation. Many The Young and the Restless fans and soap reporters have already been complaining about the course of Y&R under Sussman and this is bound to make matters even worse. In the meantime, don’t forget to check back with CDL for all the latest news and updates on Kay Alden’s firing along with the Young and the Restless spoilers right here. Sign up for our newsletter by clicking here and get the latest breaking soap news!