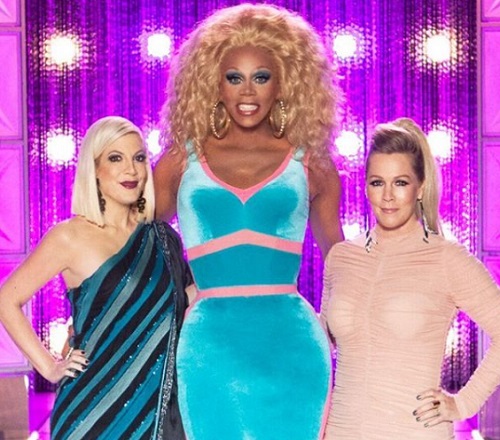 Not only did Jennie Garth, Tori Spelling, and Tiffani Thiessen’s characters dislike each other on the hit show, Beverly Hills, 90210, apparently the ladies can’t stand each other in real life! Jennie and Tori recently guest starred on “RuPaul’s Drag Race” where they judged a skit that parodied characters of popular 90’s shows, including “Beverly Hills 90210”.

When one of the contestants appeared dressed as Tiffani’s “90210” character, Valerie Malone, Jennie pretended to have trouble pronouncing Tiffani’s name. Tori then jumped in to refer to Tiffani as “that which we do not speak of”.

In the past Tiffani has spoken of problems between the actresses which began back in 1994 when Tiffani first joined the popular teen drama and claimed the other girls on the show ‘weren’t very nice to her’. It didn’t take long, however for the tension to dissipate and the three became close friends, with Tiffani and Tori acting as bridesmaids at Jennie’s wedding and being present for the birth of Jennie’s first daughter. 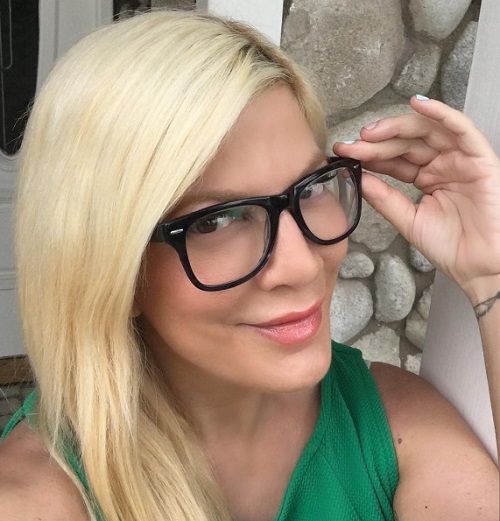 Their friendship imploded however when Tori cheated on her first husband with actor Dean McDermott. Tiffani was friends with Tori’s husband and took his side in the divorce. This lead to the rift which apparently has not healed.

For the past decade, Tori’s life has been an undisputed mess. She has also feuded with her parents and was only left $800,000 of her father’s $500 million estate. Money woes and cheating allegations plague her second marriage to Dean McDermott.

The couple also participated in a train-wreck reality show documenting the after math of his affair and sex addiction. Jennie has three daughters with ex-husband, Peter Facinelli and recently remarried. She participated in the “Beverly Hills, 90210” reboot, but left before it’s cancellation.

Tiffani seems the most stable and has seen the most success since the cancellation of “90210”. She appeared on the hit USA Network series, “White Collar” and currently has a show on the Cooking Channel, called “Dinner at Tiffani’s”. She is also happily married with two children, so she probably won’t be too bothered by Jennie and Tori’s immature attempt at insulting her. 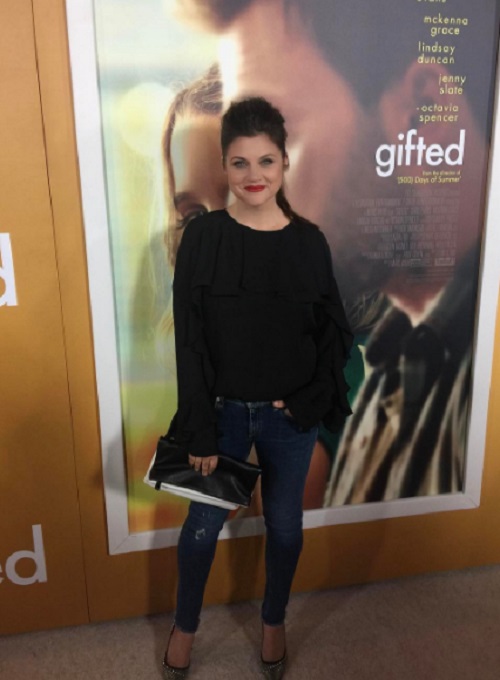 Perhaps given the fact that all three ladies are in their mid-forties, it’s past time they grow up.  What do you think?  Share your thoughts below and don’t forget to check CDL for more Tori Spelling and her former co-stars news and updates.