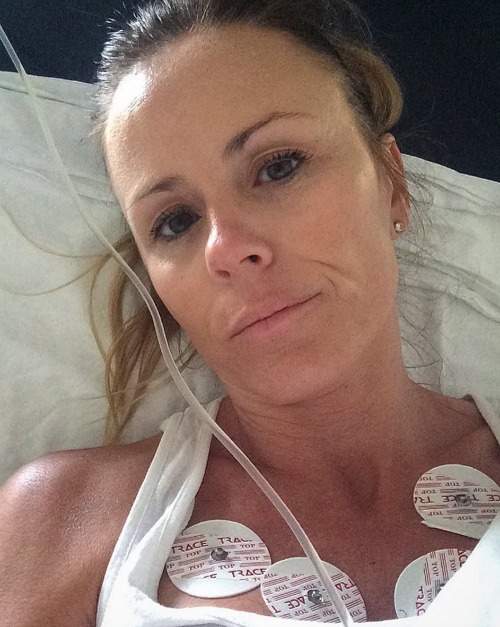 Trista Sutter, ABC’s first “Bachelorette” is taking to Instagram to open up about a recent seizure she had while on vacation with her family. Trista, her husband Ryan Sutter, as well as their children, Maxwell and Blakesley, and the children’s grandparents were all vacationing in Croatia a few days ago, when Trista suddenly collapsed. The former reality star is now opening up about her brush with death.

The former “Bachelorette” posted a picture of herself in a hospital bed hooked up to monitors with a caption that read in part, “This was me yesterday.  Two hours after I had a seizure…two hours after I fell on my daughter’s chest and she watched, along with her brother and grandparents, in confusion and horror as her mommy stared blankly off into the distance and started turning blue…two hours after we were supposed to have an adventure. An adventure to one of the most beautiful national parks in Europe.”

She went on to describe a “euphoric white dream” that she claims the voices of her husband and daughter pulled her from.  Trista also spoke about the realizations she came to after being faced with mortality. Trista says she realizes now that everyone has an “expiration date” and her end could come at any given moment. 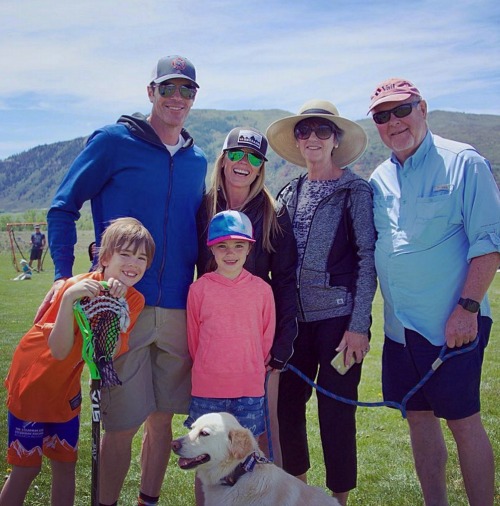 Trista Sutter has also made a vow to live her life to the fullest and embrace gratitude for her blessings, stress less, and be a better version of herself,  including being a better wife and mother. She also gave a heartfelt thanks to those who helped care for her and her children while she was seizing.

Trista was a former NBA cheerleader for the Miami Heat when she was chosen to be on the first season of The Bachelor, where she was runner-up and then later asked to be the franchise’s first “Bachelorette”. She chose fireman Ryan Sutter and the two were paid $1 million by ABC to broadcast their lavish wedding.

For many years, Trista and Ryan Sutter were the only successful couple from the franchise to actually make it down the isle, although in years since, a few more couples have married.  Trista tried to capitalize on her “Bachelorette” fame and appeared on “Dancing With the Stars”, “Marriage Boot Camp: Reality Stars”,  as well as “Who Wants to Be a Millionaire?”.  The couple have two children and currently reside in Colorado. Come back to CDL for all your news, spoilers and recaps on The Bachelorette.

This was me yesterday. …two hours after I had a seizure. …two hours after I fell on my daughter’s chest & she watched, along with her brother & grandparents, in confusion & horror as her mommy stared blankly off into the distance & started turning blue. …two hours after we were supposed to have an adventure. An adventure to one of the most beautiful National Parks in Europe. Instead, I ended up in a euphoric white dream that the voices of my husband and daughter pulled me from and I ended up in a Croatian hospital being poked and prodded and wondering “why me?” But today, I had to ask, “why not me”? I’m human. I have an expiration date. I’ve always envisioned that date being sometime after my kids have graduated college, met the loves of their lives and created families of their own, but I was reminded yesterday that it could come anytime, in any country, whether I’m surrounded by strangers or people I love, or neither, or both. I’ve never been perfect and I never will be, but from here on out, I vow to try my best to live this life to the fullest. To embrace gratitude and the lessons I wrote about over 3 years ago with a newly acquired perspective. To stress less. To love more. To listen. Be kind. Spread joy. To be a better version of myself as a wife, mother, sister, cousin, niece, aunt, neighbor, daughter, and friend. Thank you to those back in the states, whom I hold dear. You know who you are. Thank you to those I’ve never met who lift me up and have my back. Thank you to those from my #bachelornation family who’ve shown this OG kindness & respect when I know I’m old news. Thank you to the kind tourists & Croatians who held my hand, wiped my tears, and hugged my kids. You will forever be remembered. And lastly, thank you to my family, especially @ryansutter. Without you, I don’t know that I would be here today. You are my everything and I love you forevermore. If you’ve gotten this far, know that I don’t share these words for your pity, but to inspire you to take them and be thankful for your life and blessings. Tell the people you love how you feel and live with grateful enthusiasm. I plan to.