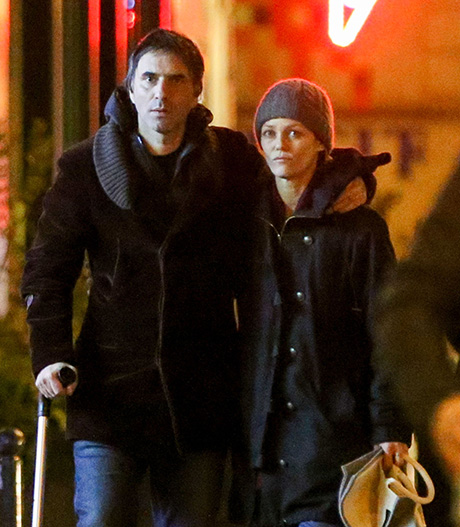 Vanessa Paradis isn’t interested in giving her relationship with Johnny Depp a second chance. In fact, it’s long gone and forgotten. The French actress was spotted in Paris this week with her new boyfriend, Samuel Benchetrit.

The French writer and actor was previously married to Marie Trintigant from 1998 until her death in 2003. Just like Johnny, he’s a passionate actor and a prolific artist with a dark past. Vanessa and Samuel have managed to keep their romance under the radar for months until they were photographed for the first time together back in December. 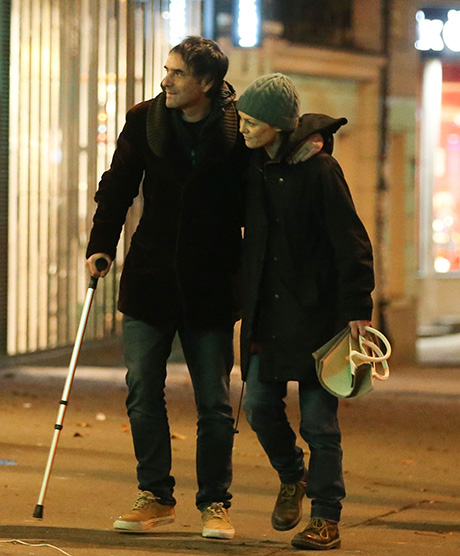 Vanessa Paradis and Samuel Benchetrit were spotted while they were out and about in Paris this week. They stopped at the Plisson store before heading to lunch at Comptoir Turenne near Vanessa’s apartment. Samuel was sporting crutches during the outing.

Earlier in the day, Vanessa was spotted touching down in Paris at Charles de Gaulle airport with her 17-year-old daughter, Lily-Rose Depp. Vanessa has been traveling back and forth between Paris and Los Angeles for the last several months. After all, Lily-Rose splits her time between Paris and L.A., so she can spend time with both of her parents.

Vanessa knows just how important Johnny is to both Lily-Rose and her younger brother, Jack. That’s why she agreed to help support Johnny Depp during his nasty divorce from Amber Heard last year. Amber alleged that Johnny was physically and verbally abusive to her during their 15-month marriage. Vanessa wrote a public letter stating that the Johnny she knows is a sweet, caring and loving father and nothing what Amber had described. 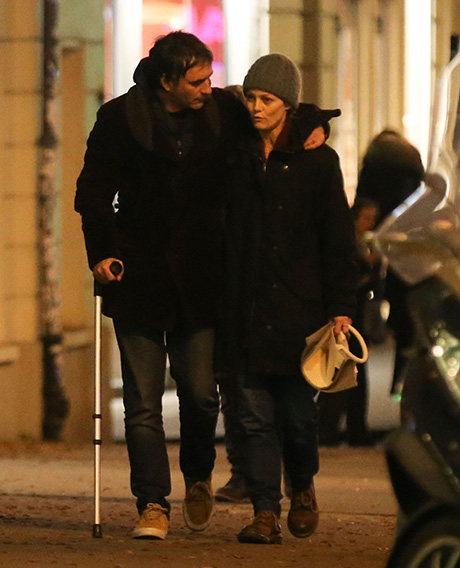 And while Vanessa was there for Johnny when he needed her, the romance between them is definitely gone. Johnny dumped Vanessa after their 14 years together to be with Amber. She’s not willing to return to the man that publicly humiliated her when he left her for a much younger actress. That’s why Vanessa has moved on with Samuel Benchetrit.

Vanessa has not made any comments about her new romance with Samuel. Take a look at our photo gallery of Vanessa Paradis and Samuel Benchetrit and let us know what you think. Was Johnny Depp hoping to reconcile with Vanessa? Or was Vanessa just trying to keep things civil between them for the sake of their kids? Drop us a line with your thoughts in our comments section. Also, don’t forget to check back with CDL for all the latest news and updates on Vanessa Paradis.

Thank you so much @chanelofficial for letting me open this beautiful show. Such an honor to be a part of this!! And thank you @karllagerfeld for letting me wear two incredible pieces❤️❤️❤️ Love the chanel family so much!