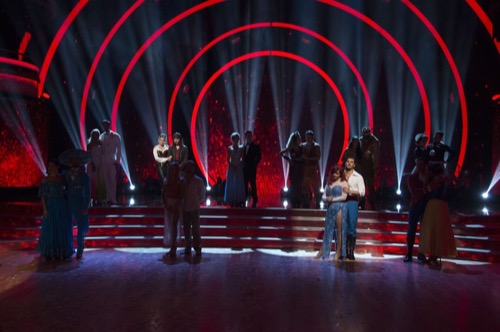 On tonight’s show as per the ABC synopsis, “The nine remaining couples set their sights on the glitz and glamor of Tinseltown. Each couple will attempt to capture the spirit of a specific movie genre – action, foreign, spy, musical, sci-fi, drama, sports or animation – and perform a paso doblé, jazz, rumba, Argentine tango, samba, jive or quickstep. ”

On tonight’s DWTS the nine remaining dancers attempted to capture the spirit of a specific movie genre – action, foreign, spy, musical, sci-fi, drama, sports or animation.  Tom announces after the first dance that they are going to start releasing results.

THE COUPLE SENT HOME THIS WEEK!