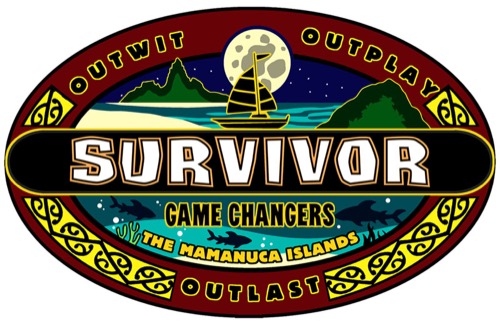 Who won Survivor tonight? Survivor Season 34, Game Changers wraps tonight May 24, 2017 when Jeff Probst announces the winner and results live in LA to the entire cast of Survivor: Game Changers and the assembled fans plus special guests.  We have your Survivor Reunion Show recap below!

Tonight’s season 34 reunion episode looks like it’s going to be great and you won’t want to miss it, so be sure to tune in for our live coverage of CBS’s Survivor: Game Changers between 10PM – 11 PM ET! While you wait for our recap make sure to check out all our Survivor recaps, news, spoilers & more, right here!

Jeff thanks all of the tribal members for playing the game. Jeff thinks Sarah’s biggest move was when she switched from a cop to a criminal mind set. Sarah got permission from her family and friends to play the game hard. She is proud of how she played the game but not how she treated people. Culpepper first wants to apologize to Tau for how he treated him. He didn’t mean to be so intimidating. Jeff thinks Culpepper hurt himself when at the last tribal council he said there wasn’t anyone that could beat him.

Jeff asks the group that if it had been Tau in the final three instead of Sarah who would have won. It would have been a 5 to 5 vote. Troy would have voted to break the tie and he would have voted for Culpepper. Culpepper miscalculated and should have brought Tau to the end instead of Sarah. Jeff points out the Cirie was obviously a popular contestant and he asks her what is the key to playing the game. She says you have to be able to talk to people and really listen.

Jeff then moves on to the moment Zeke was outed by Jeff W. Jeff was so proud of how Zeke handled it. Zeke reports that he was overcome with the love he felt after the show aired. He didn’t have a lot of support when he was growing up and that has changed so much. He is now writing for the Hollywood Reporter and GLADD. His life is so different now.

Sarah talks about how positive her family reacted to Zeke and that her grandma was so excited to meet him. Zeke says that before he came on Survivor he thought there were things he couldn’t do because he was transgender. Now he doesn’t believe that. He knows he can do anything he puts his mind to. Jeff W. talks about how wrong he was to out Zeke and that it was very hard right after the show aired but it is much better now. He got a fired but got a better job and learned a lot along the way.

Aubry’s crush on Cochran is acknowledged but she says everyone has a crush on Cochran. Jeff agrees. Mikayla learned a lot during the game. Jeff asks Sierra why did she tell Sarah she had the legacy advantage? She truly trusted Sarah. Ozzie makes a political statement encouraging people to step up to make change in the country. Jeff offers a glimpse into the next season of Survivor. The 35th season will be set in Fiji and the tribes will be divided into a group of Heroes versus Healers versus Hustlers. Jeff encourages viewers to apply to be on the show and he thanks everyone for their loyalty.