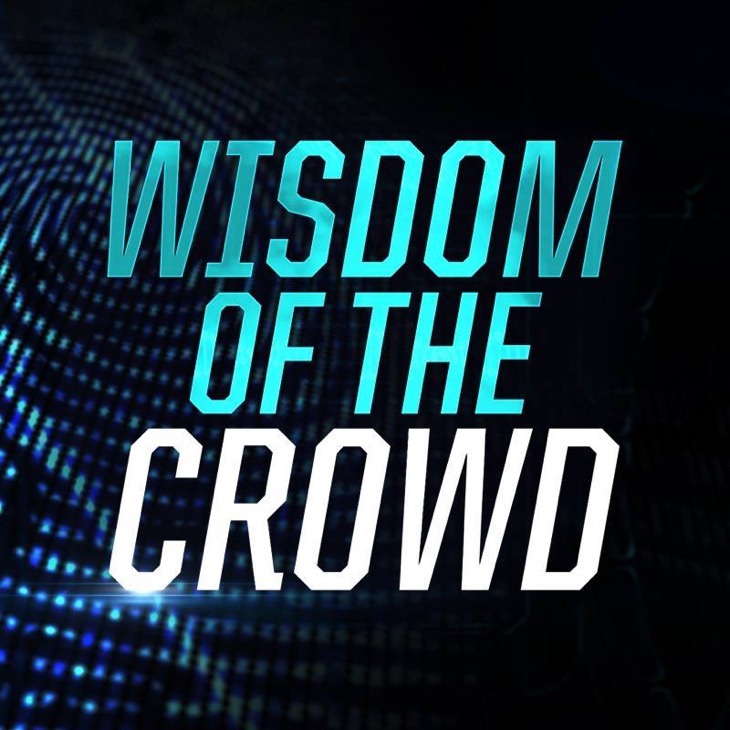 Tonight on CBS their new crime drama Wisdom of the Crowd premieres with an all-new Sunday, October 22, 2017, episode and we have your Wisdom of the Crowd recap below.  On tonight’s Wisdom of the Crowd season 1 episode 4 “User Bias,” as per the CBS synopsis, “The San Francisco police department seeks Sophe’s help on a politically charged murder case following a rally in the city.”

People picket and protest at a political rally as a white nationalist talks. The crowds break into fights. At the precinct, Jeff comes to pick up Sara who was taken in. Jeff shows Tommy video footage that reveals her innocence.

Tommy heads out to a murder. It is the body of the white nationalist who spoke the night before. He was discovered in the alley, dead in his suit with a sign on his chest. The chief of police arrives. She wants Tommy to get Jeff’s help. Tommy calls Jeff. Jeff wants his daughter’s file reopened and he wants to see the files.

Jeff heads to the office. He and his employees go over video footage they have of the white nationalist speaking before the rally. Jeff turns around to see Alex. She wants to talk to him. Press about their daughter has revealed that she was in mental health facility. No-one was supposed to know. Alex is mad that Jeff revealed this information. He tells her he didn’t. Putting her case online is what did it, Alex believes.

Mrs. Davis, the wife of the murdered man, is called in to talk with the detectives. Sara tells Davis’ lawyer to get his client’s followers to send their information on Sophe and they will post it. Meanwhile, Jeff tells his employee to find the source behind Mia’s stories. Alex gives an interview to try and clear up the articles that have been written about Mia. During the interview, she is asked if she agrees with Jeff’s theories behind their daughter’s death. She does not agree, she states. She is sure the man who went to prison is the man who killed her daughter.

Jeff, Tommy, Sara and the others review video footage of a person of interest with the murder victim. Sara doesn’t want to post it, but they all agree they have to. An instant feed of hate messages pop up.

Sara goes over the website traffic with Jeff. She has noticed a pattern of decline with their dedicated users. Sara thinks Jeff needs to publicly address the rumors about Mia.

The detectives find the suspect and bring him in. The man tells them he didn’t kill Davis, he saved him. He might be Latino but he isn’t Davis, he wouldn’t bow down to his level. He saw a black car pick up Davis after that. In the meantime, fights are breaking out. Sara wonders if they are doing good with Sophe.

Jeff gets word of the source and it looks like the person is really interested in damaging Alex’s career. Jeff goes to meet Alex to tell her. They are riding in her limo. She becomes angry. This isn’t her fault. She makes Jeff get out on the side of the road.

The footage comes in showing Mrs. Davis driving her husband after the rally broke into violence. Other footage shows David on vacation with another woman who is a nurse. Sara doesn’t think Davis was cheating. Tommy discovers that Davis was dying; he had pancreatic cancer with months to live. Jeff has a theory – Davis faked his death as an assassination to be remembered.

The detectives pull Mrs. Davis back in for questioning. She breaks down a little when they show her the evidence they have. She can write down her confession and pose as a loving wife or someone who killed her husband so he could make it into the history books. She refuses to confess. She insists he was killed by an illegal.

Jeff watches Davis’ lawyer in an interview. He refers to his client as a martyr. He bashes Jeff.

Tommy comes to visit Jeff. Mia’s convicted killer was stabbed in person. He pulled through surgery but is in a coma.

That night, Jeff watches videos of Mia. He uploads a video of Mia and a message for Sophe users. He offers complete transparency because the truth matters. Sara watches the video with him after. She asks him if he is sure he wants to share it. He is, he tells her. Sara posts it all. Sara watches the dedicated users traffic increase in an instant, but Jeff isn’t there when she turns around.