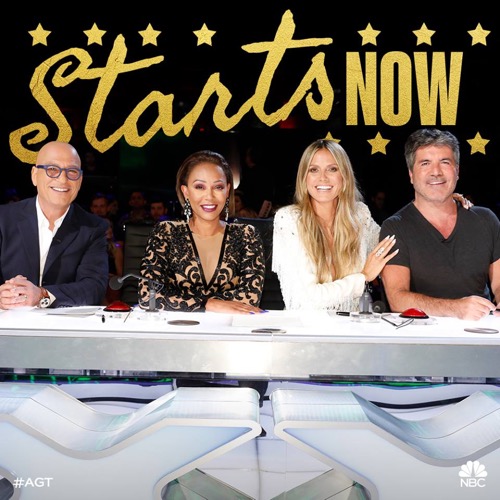 Tonight on NBC America’s Got Talent begins with an all-new Tuesday, August 14, 2018, episode and we have your America’s Got Talent recap below!  On tonight’s AGT season 13 episode 11 “Live Quarter Finals 1″, as per the NBC synopsis, “After hundreds of acts auditioned, the competition is down to 36 acts. Twelve performers will take the stage from the Dolby Theatre in Hollywood as judging is turned over to the American viewing audience.”

“America’s Got Talent” marked the beginning of the Live Quarter Finals on tonight’s all-new episode.

The show was being broadcasted live for the first time. Everyone from the audience at the studio to the audience at home will be able to pick up the many nuisances that go into action however there were also some drawbacks to a live show. Each act had to be at top of their game because one mistake could now be seen by millions rather than a mere studio filled with people. Also, these same viewers could now vote to save the ones they like because the judges weren’t in charge anymore. The judges had handed over the power of elimination to the viewers and viewers could fall in love with pretty much anything. There were some that were safe to see acts in the past go and so the first one up tonight had to sort of proving why he should be kept around until the very end. The first act of the night was Mochi.

Mochi was a Diablo Artist. He basically took the yo-yo to a whole other level and there was these tricks as well as light show going on. But while Mochi went big, there were a few things that the judges hadn’t liked and one of them had been the music. The music to go along with the act had been called cheesy by Mel B and the others had thought she was crazy for saying that because they had all enjoyed it. Heidi said she had tried to do it and had almost taken her own teeth. Meanwhile, both Howie and Simon said they had enjoyed it because Mochi had come off as original to them. The judges like it when the acts stand out and so that’s what everyone strove for. Even the Human Fountains. HF had gotten eliminated by the judges back during the Judge Cuts and luckily for them, they received the Wild Card which allowed them to come back.

Only the Human Fountains know that not everyone liked their act. They have grown men spitting onstage, at each other, and sometimes in each other’s mouths. It was both innovative and gross! The judges had been split about them and, after they brought in the egg yolk last time, it had seemed like they had lost the audience as well yet they must have won over enough people to get a second chance. The group knew they hadn’t wanted to squander that and so they upped their act. They came back with a hot dog and condiments. And they were still gross! They had better music this time and had even had a background image of a large fountain to say hey “we’re all part of the same fountain except they won over no one new. The judges still felt they were unique and well that was the only good thing that could be said in their favor.

The whole being spitting into each other’s mouths was quite a hurdle for anyone to get over. They weren’t like the Angel City Chorale. The choir had come back tonight with the song “This Is Me” from the Greatest Showman soundtrack and it had been surround sound for those at the studio. The viewers there had seen members of the choir in the aisles and so the music had been an event this time around but it hasn’t translated so well for the people at home. Everyone else got a taste and the judges got a concert. Howie even found himself explaining things afterward and so he reassured everyone watching that it had been amazing. He and the judges had all enjoyed themselves thanks to ACC and the only one that had anything too negative to say was perhaps Mel B. She found the choreography to be cheesy.

Mel also later clarified that cheesy could sometimes be good and she thought it was good for the Angel City Chorale. The others just disagreed with her on the choreography because they hadn’t found it to be cheesy and it hadn’t mattered to them if it had been in a good way. The next act, however, had been the Pac Dance Team. The dance group was all in high school and one of the judges had thought that could be a negative. Howie had called their act a little too juvenile for him and that he hadn’t known the difference between them and any other dance group, so the Pac Dance Team wanting to come back to prove him wrong. They worked on their choreography and costumes in the hopes of being an act that someone would pay to see. And no one really saw that when the dance group came back.

They had another childish theme. This time it had been Willy Wonka and the Chocolate Factory with goofy costumes though again they hadn’t really won over anyone new. They were bigger names now back home and that was it. Neither Howie nor Mel had enjoyed their act tonight and the other two had enjoyed the spirit the Pac Dance Team brought rather than the act itself. But a solo artist that never had a hard time standing on her own was Amanda Mena. The teenager had wowed everyone during her auditions and had earned a golden buzzer. She was back now to show a much larger audience why she deserved that buzzer and she did that when she started to sing “What About Us”. Amanda was a native tongue was Spanish and she opened up the song by singing the first few lines in Spanish.

When Amanda did that, she made the song on her own and so right away she put a stamp on a song people could sing along to. She also got the audience and Mel up on their feet. They danced and sang, they also came to love Amanda. Amanda was truly talented and the judges were all in agreement on that. It actually the only thing they could all agree on for a very long time. The judges couldn’t even agree on the next act. They next saw the Junior New System. The dance group was known for dancing in heels and what Howie seemed to dislike the most was the fact the group first danced in sneakers. They come out in sneaker like footwear and they shed that to dance in heels. They then go on to do flips, splits, and everything else while wearing those heels. And so the other judges didn’t mind the stage change because they said it leads up to the heels.

Then there was We Three. The family band had come back with an original song and it had been good. The song had been beautiful and everyone had been featured in the song yet Simon hadn’t been happy. He said their performance tonight had been worthy for a live show and he also said he expected to see bigger and better going forward. Now, the others had thought Simon was being a little nitpicky about things and so they all thought it best to ignore him. They also told We Three to ignore Simon as well because listening to him could take away from what made them so special. The next act had also led to a debate amongst the judges. They loved Lord Nil and so the only drawback his act had was the fact he scared everyone. He was an escape artist and he had to make each escape bigger than what came before. And so this last time he dropped himself in a tank.

The tank was full of water and Lord Nil had to wait inside of it while his fiancée came with a key. Unfortunately, she was also constrained and so she had to escape her own predicament to get to Lord Nil in time to save his life. So the act in itself was terrifying. Mel couldn’t watch it and again pressed the red buzzer in protest. That hadn’t stopped the act and it only came to an end after Lord Nil escaped the tank. He was fine and his girlfriend was fine, only Mel hadn’t liked it. She said people that love each other shouldn’t put each other at risk and that’s what this did. There was one moment when the fiancée dropped the key and so there had been a real chance that Nil could have drowned. It was only by chance he hadn’t and afterward, there were other judges that reminded him that he needed to be alive to collect the million dollar prize. And therefore the one person that should have been quiet just had to say something.

Simon wanted the escapes to continue to be dangerous. He thought it was interesting and once he found out that it had been his own idea to bring in the crocodiles – he told Lord Nil that he wanted to see even more animals. Except this next act was one of the few times the judges could get back on the same page. They all love Flau’Jae and they again enjoyed hearing her rap. She always rapped about these dark subjects and somehow she finds a light towards the end that everyone could get behind. Flau’Jae was again on point tonight and the judges asked all of America to vote for her. They have until seven am tomorrow and they could do so in various ways. They weren’t one-trick like Simon called Shin Lim. Shin Lim was a magician and he was great at cards. He was one of the few people that could do close-up magic seamlessly and so people weren’t getting what Simon was harping on.

Simon called Shin a real-life Harry Potter and then said Shin need to transition to something besides cards. Like which is it? Is he great enough to be a magician with his cards or is Simon looking for the next high like when he initially brought up the crocks for Lord Nil! Simon was thankfully less grumpy with the next act. Vicki Barbolak was a comedienne that wasn’t afraid of poking fun at herself and in that process, she became someone that made everyone laugh. The audience was cracking up right alongside her and she was by far was one of the show’s best comedians in years. And while Vicki didn’t close the show, the audience still got to enjoy themselves as they listened to teenager Courtney Hadwin.

Courtney had a unique sound and she was giving performances that people twice her age could only dream about – so Courtney closed the show with the message that different didn’t mean bad!