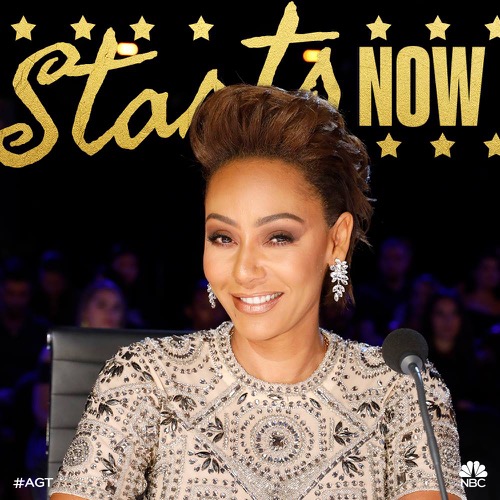 Tonight on NBC America’s Got Talent begins with an all-new Wednesday, September 11, 2018, episode and we have your America’s Got Talent recap below! On tonight’s AGT season 13 episode 19 “Live Semi-Finals 2″, as per the NBC synopsis, “Semi-finalists perform for a chance to win $1 million and be named the most talented act in America.”

Only five out of eleven acts were moving forward on tonight’s all-new episode of “America’s Got Talent”.

Tonight was another round of the semifinals. The semifinals were pretty much one last chance to convince America and the judges that these eleven acts deserved their chance at the finals however nothing short of perfection was going do it. The performers had to be on their best if they wanted to move to the last round and unfortunately there first few acts got off on a rough start. The first person to go up was Christina Wells. She was a singer and a favorite amongst the judges because they love her voice. So it was a disappointment to them when Christina had picked a song that she hadn’t been able to sing with any consistency. She chose “You Make Me Feel” in honor of the late and great Aretha Franklin. And the song had come off as a shaky performance.

Christina’s voice would sometimes get it and other times there would be moments when her voice cracked. Overall, it hadn’t been one of her better performances. The judges had all been critical of the performance and so the only good thing about it had been Christina’s confidence. Her confidence had grown over the past few weeks and she had been so happy to be on that stage that she hadn’t let the criticism take away from living out her dream. The next act of the night had been a dance group. Da Republik was one of those dance groups that everyone loved because they always danced with heart and Simon ended up interrupting them tonight when he pressed the eject button.

The act had still gone ahead and so Tyra saved the questions until later but she wanted to know much like everyone else why Simon hadn’t liked the act. He said it was formula-driven that the group had lost what was best about it and that he didn’t think the performance was worthy of anything at this stage in the competition. The other judges had thought Simon was being so harsh and well he was just telling it like he saw it. Simon would go on to have a problem with the next act as well. Noah Guthrie was a singer and he too chose to tackle a difficult song. He had sung “I Will Always Love You” and he made it his own by stripping it down. Noah just sang the song with his guitar and that hadn’t worked out for him because his voice had also been all over the place.

Everyone liked how Noah finished the song but not a single person could truly enjoy the shaky way he began it. If this had happened at any other time, the judges would probably have let it slide and so it’s just poor timing that his gave middle performance moved no one tonight. The judges hadn’t been sure how they felt about it and neither will the audience. But the next act was another singer. Daniel Emett had gotten eliminated once before and he had only returned thanks to the Wild Card. He said that being eliminated once was enough for him and that’s why he had been working on his performance. Daniel was hoping he would get it ready in time to wow the judges and the judges had again been split.

No one person could say “Oh, I loved it”. They hadn’t been sure about this performance and so it had been another disappointing night for him. The first act that the judges could truly get behind was the Angel City Chorale. The choir was still the largest anyone had ever seen and they hadn’t lost their heart like some. They sang “My City Of Ruins” in honor of what day it was and it was just so moving as well as heartfelt that the judges loved it. They loved the song selection and they loved this choir. It was the first great performance they saw and everyone was wishing it wouldn’t be the last. Only the next performance was more frightening than anything else. It was Aaron Crow and his version of magic tends to put everyone on edge.

Aaron had chosen Howie as his partner this time around. He got Howie to go into a large crate and there were four crates in all. They were all numbered and Aaron used that to his advantage. He went up to the rest of the judges and he made them choose. They had to pick a crate that would be destroyed and they wouldn’t know if they were crushing Howie until it was all over it, so of course, that had everyone on the edge of their seats. They were all scared the judges would make the wrong choice and at one point Simon had even changed his mind a few times. It was until the judges had all made their pick that it was revealed that no they hadn’t killed Howie. Howie got out of the box and he got to watch what would have happened to him if the anvil had come down on his box.

It was safe to say that Howie was shocked he hadn’t died though leave it to Simon to say that if Howie had gotten crushed that would have made for better ratings and so Simon will be a cynic to the very end. The next act was also great. Vicki Barbolak was a comedian and she never fails to make everyone laugh. She came back with her trailer nasty and she was once again a riot. She left everyone – whether they were there or watching at home – in stitches. The judges loved her and Howie admitted that he expected to see her at the Finals next week. The act that followed hers was the family band called We Three. The group had gotten some criticism last time for not upping their own game and so they tried to impress the judges this time with a very different song.

The band had tried to change their sound and they made a poor choice. The song did nothing for their voices and it actually made it harder to understand them. Simon later called the performance a hot mess and, while the other judges hadn’t agreed with his wording, they hadn’t liked either. Mel was just starting to like it when it came to an end and so this performance had been lackluster for everyone. The only thing We Three could hope for was if the votes came in time to save them. The next performance had been much better. Glennis Grace is and remains a powerhouse. The singer chose “This Woman’s Work” tonight and it had been a perfect fit for her. She had made the song her own and her song was probably the one that hadn’t been rocky. The other singers had all let their nerves get to them and the fact that Glennis had stayed calm is something that should be remembered for Finals.

The next performance had been Brian King Joseph. The violinist was slowly losing feeling in his hands and was in an incredible amount of pain yet that never showed with his performance and he was also the only one that had gotten all four judges to give him a standing ovation when it was all over. The judges had truly gotten excited about Brian and even Simon believed Brian could win the whole competition based on what he saw tonight. So the final performance of the night went to Courtney Hadwin. The teenage rocker had once again impressed the judges with her voice and even how she moved across the stage. She feared nothing once she started to sing and the judges couldn’t wait to see more from her. And so the judges felt for sure that she would be making the cut for the Finals – only no one will know until the results are in…