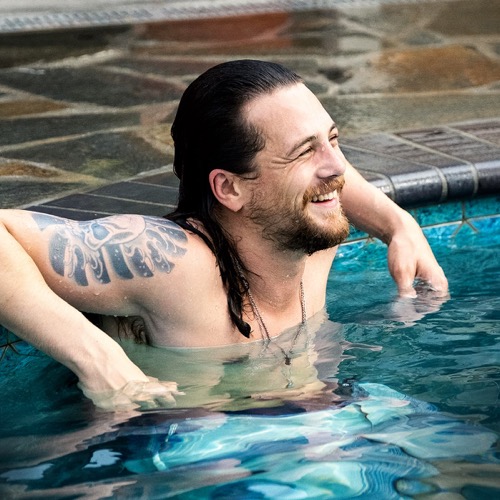 Pope knew the truth. He knew that his mother had arranged Baz’s murder and he found out about it after he spoke with Lucy. Lucy had tried to warn him that his mother wasn’t any good and he wouldn’t listen until he found himself kidnapped and the price of his freedom was the truth. He found out Smurf had finally admitted to killing Baz and that’s why Pope was let go. He was alive now because it made no sense killing him. Not when Pope was going to do Lucy’s job for her and kill his own mother. It seems he hadn’t been able to forgive her after he found out what she did and so he came up with a plan. Pope bought a certain drug from people he was put in contact with and he eventually got his hands on something that could kill his mother.

The drugs were way for Pope to ensure his mother died without pain. He had talked to some people who were losing their loved ones to cancer and he convinced them all that his mother needed the same, so Pope could now kill Smurf whenever he was ready. He thought that it would be soon and it turns out he left things too late. His mother got to make her move first! Smurf got custody of Lena and she had put in the necessary paperwork to adopt her because Smurf hadn’t been indicted when she had been sent to prison. She later told Pope that he on the other couldn’t be alone with Lena because of his own prison record. He had served time for armed robbery and assault. None of which made him fit enough in court to adopt Lena on his own and so he had to do things his mother’s way.

Only Smurf started to work on a few things. She also had been going through her portfolio and she found out someone had sold a piece of viable land that she owned. Smurf had asked J about it and he said that he had signed quite a few things for Smurf’s lawyer. He said he thought it was on Smurf’s orders and so Smurf had told him everything was alright, but she immediately sought out her lawyer. She had wanted to know if the other woman was dumb enough to steal from her and of course the lawyer had denied any wrongdoing. She said J was in charge and that he might have made a mistake. She also asked Smurf for some time to prove that she hadn’t been skimming and so Smurf eventually left. And all the while, J was across the street watching the whole thing.

J would later tell Mia that the lawyer must have been skimming because he hadn’t done anything and so Mia had sympathized with him. J was the wronged party. His grandmother hadn’t fully welcomed him back into things and the others had started to argue about him. There was one uncle that thought everything was fine until J showed up and he had been prepared to fight J until the others told him to calm down. Its just that stuck with J because he hadn’t grown up with the rest of them. The family had all been living their lives when Smurf took him in and there hasn’t been a moment since in which J hadn’t been reminded of that. So maybe that’s why he began playing games.

There isn’t a single person that J has been completely honest with. He would turn the others against each other and then wormed himself into being in charge. J was in charge for a few months and in that time he found out he liked power. He wanted to clean the money through his own businesses rather than his grandmother and he would have set that all up if Smurf hadn’t gotten out. Except she did. Smurf came out of prison and then locked out J because she couldn’t trust him. J was someone that was hungry and he wouldn’t be fine with staying his grandmother’s shadow forever. That’s why he went to the lawyer to set things up and she wouldn’t play ball. She said she hadn’t wanted to betray Smurf and so J decided to cover his tracks.

J had everyone believe that the lawyer was the one that was working behind Smurf’s back when in fact he had sold that land. He sold that land to get enough seed money to start his own business. J then covered his tracks with Mia. He told her that lie because she would then be the girlfriend that could swear he had been left confused about the land. J then went after the lawyer and he left her ten miles away from shore surrounded by blood as well as fish guts. It will take a miracle for her to be safe from sharks yet J hadn’t cared. J was done with being the nice one and he was betraying everyone. J didn’t even care about Smurf anymore because she kept insisting that Baz was his father and Baz, on the other hand, had claimed his real father had a drugged up rapist that was once Smurf’s boyfriend.

Smurf allegedly hadn’t cared that her boyfriend attacked her daughter. She had just cared about the man and hadn’t wanted to lose him, so she ignored Julia then and she did that with the rest of Julia’s life. Her daughter went on to become a drug addict that couldn’t stay clean long enough to hold down a job and therefore J found himself taking care of his mother. They would live in these horrible apartments and sometimes they were homeless. It hadn’t mattered to Julia because she still wouldn’t go to her mother or ask for help. She instead tried to keep J away from the Codys and he had ignored that because he had been hungry for something more. He found that with his grandmother and now he wanted it for himself.

J soon decided to trust Mia and he took her to his new place though he wouldn’t’ tell her how he got it or what happened to his face. He ignored the questions and told her to watch his place for him. J then went back to Smurfs. Smurf had initially thrown a party for Lena and it turns out Lena had never shown. Pope hadn’t wanted the little girl to get dragged back into the family crap. H thought Lena should stay with her foster family who was good people and so he made a deal with Smurf. Smurf agreed to let go of Lena as long as Pope moved back and he agreed to it. Pope knew his mother only cared about people that were valuable to her and that’s why she was prepared to let of Lena. Lena hadn’t really been family!

And just when Pope realized how cold his mother could be, J came home and found out Smurf hadn’t heard from her lawyer.