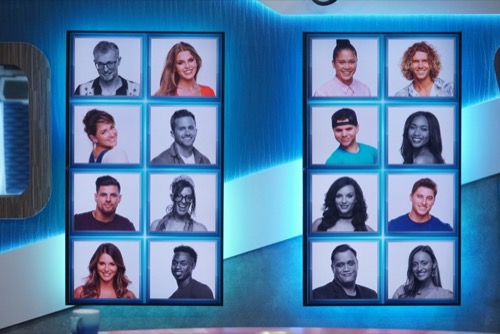 Tonight on CBS Big Brother airs with an all-new Sunday, August 30, 2018, episode and we have your Big Brother recap below! On tonights Big Brother season 20 episode 29 “Live Eviction and HoH,” as per the CBS synopsis, “Following a live vote, a Houseguest is evicted and interviewed by host Julie Chen. Remaining Houseguests compete for next Head of Household.”

Tonight Haleigh and Faysal will be broken up. The two talks and agree they have to mingle with the other houseguests because one of them will be left with them in the house. Faysal asks Haleigh what will happen when they leave the house, will there be a relationship with them outside the house – she definitely wants to pursue it.

Meanwhile, Brett is running scenarios in his mind – he tells Tyler that he thinks JC has five final two deals. The two discuss what they believe Angela and Kaycee will stick together no matter what, so they need to do the same. Tyler now has four final two deals.

JC starts taking the game with Tyler and he says they need to break Kaycee and Angela up, keep their emotions out of the game. Tyler says no, they need to put Haleigh up after Faysal, she needs to go.

JC then goes to Brett and pitches his idea about putting up Angela and Kaycee against each other next.

Time for the live vote. Faysal throws Angela under the bus, reveals that she was going to put up Sam. He also says that she is spoon fed with Range Rover and the just because she wears a fake engagement ring to the grocery store doesn’t mean she is all that! Haleigh has nothing but nice things to say. Tyler is up first, he votes to evict Faysal, Brett for Faysal, Sam for Haleigh, JC for Faysal, Kaycee for Faysal. Its official, Faysal is leaving the Big Brother house.

Faysal is with Julie, he admits that he lied a little in his speech, he wanted to stir things up a bit. Julie asks if there will be a relationship with Haleigh outside the house, he says he is looking forward to it and he hopes she is too. Faysal says that it was back in the house he would have taken a shot at Tyler or Angela when he had the chance. Julie tells Faysal that tonight is Jury Battle Back night and in a moment he is going to face off against Scottie, Rockstar, and Bayleigh.

Julie gathers the houseguests in the living room and announces that tonight is Jury Battle Back night. The houseguests will not see the competition and not know who won until they ring the doorbell to get back in.

Bayleigh, Scottie, and Rockstar are thrilled that they have a chance to battle back into the house. Julie tells them that the fourth member of the jury is about to join them, and nobody can guess that it is Faysal. The first thing that Faysal does is say sorry to Scottie.

This competition is called “Big Top Drop” and the balls behind the jurors have begun to spin in the air and on Julie’s call they will race to retrieve their individual color balls, bring them back one at a time and drop them into their tube. The first juror to drop four balls into their tube and buzz in at the other side of the yard will be back in the game.

Scottie has won the competition and is returning to the Big Brother house. Scottie is looking forward to reconnecting with Tyler and he is targeting Angela.