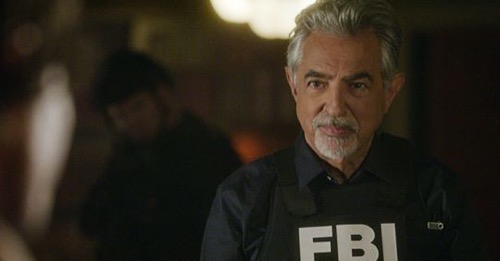 Tonight on CBS their hit drama Criminal Minds returns with an all-new Wednesday, October 24, 2018, season 14  episode 4, called “Innocence,” and we have your weekly Criminal Minds recap below. On tonight’s Criminal Minds episode season 14 episode 4 as per the CBS synopsis, “The BAU steps in to help local law enforcement isolate a prime suspect for a ritualistic murder in Tallahassee, Fla., and soon after a second person who is related to the first victim is killed under similar circumstances.

Also, Prentiss is concerned about Garcia’s behavior in the aftermath of her abduction and has an idea of how to help with the healing process.”

The murder of Melissa Wallace was passed on to the BAU because of the ritualistic aspect on tonight’s all new episode of “Criminal Minds”.

The victim was taken to a tree, tied up, and was bludgeoned to death. The murder had seemed personal with how Melissa was staged when she died however the only credible suspect in such a case would the husband and he had an alibi. Daniel Wallace was in miles away in Tampa when his wife was murdered in Tallahassee and his alibi showed that he hadn’t traveled that night. With the husband being ruled out, the team was instead dealing with an Unsub. The Unsub had used something to get Melissa out of the house and then he or she forced Melissa to walk miles to the kill site. Another thing that was found nearby were a pyramid of rocks that were made out of limestone. They weren’t the murder weapon because the material would have crumbled if used and so the Medical Examiner said the victim was most likely bludgeoned by the butt of a gun.

The gun could explain how the Unsub marched her out of the house. Melissa hadn’t made any sound that alerted her children sleeping upstairs and she had been biddable the whole trail. She didn’t fight her victim and that led to the team once again believing that she knew the Unsub. The team decided to look into the family and see they were close to though some of them had to stay in DC because the Wallace family wasn’t originally from Tallahassee. They moved down there four months ago when the husband got a new job and they sort of shut themselves away. Melissa decided to quit working and homeschool her children. And apart from going church, the family kept to themselves.

The team wanted to know what caused this shift. They talked to Melissa’s old boss and they learned that two had been carrying on an emotional affair. Things turned physical between the two and boss said it just happened because Melissa had been so sad. He didn’t why she was sad and so the team began to talk it amongst themselves. They thought that maybe Melissa hadn’t been happy in her marriage and that the family moved to start over. Then they started talking to Melissa’s church friends and they found out that Melissa stopped coming to church a few weeks back. They also that not that long ago the pastor of the church had a given fiery speech about the evils of infidelity and so they wanted to ask the Pastor if he was having an affair with the victim.

It would make sense if Melissa was still sad after the move and fell back into old patterns yet Pastor Hollis said they weren’t having an affair. He said that Melissa came to him one day asking for help because something was wrong at home and that he made a move on her. Melissa had rebuffed his advances at the time and that’s why she stopped coming to church. The pastor told the team how sorry he felt because he could see that Melissa was haunted by something and so the team tried unravel Melissa’s secret. They were hoping to talk to her sister Laura who was reportedly her best friend and unfortunately they had been too slow to talk to her. The Unsub struck again and that time he killed Laura.

Melissa must have told her secret to her sister and so that made them take another look at Danny Wallace. His alibi had checked out on the first glance and then Garcia took a second look at it. She found evidence that he drove back on the night in question and so they brought in Danny for interrogation. It didn’t help his case that also found as they were looking into him certain things that implied he was abusing his family. His wife, his daughter, and his son have all been injured while the only one that hadn’t needed the Emergency Room was Danny. Danny was asked about the family medical records and they told him that whoever got Melissa out of the house was someone she knew. After the Simmons and Alvez had said that, Danny suddenly confessed to murdering both his wife and his sister-in-law.

He said he killed them and, for some reason, that rang false with the BAU. They held onto Danny to run his DNA with what they found at the crime scene and it hadn’t been a match. He wasn’t the killer, but he either knew or suspected who did it and so the team took another look at the family. They spoke to the kids’ former school and they found out that Jacob Wallace had been a handful. He was thirteen and violent. It had gotten so bad that the school had been happy when he left and so Garcia took a look at the son. He’s been online a lot and it turns out he had been building a family tree. He sent in his DNA to connect his father with more family and sadly he learned that his father wasn’t his biological father. Danny Wallace was his stepfather and learning that must have been the stressor.

Jacob was learning at the church that adulterers deserved to die and that’s why he turned on his mother. Melissa had been so ashamed of being unable to control him that she talked about with her sister and either resented that or questioned what else did his Aunt Laura know. Him turning on his aunt as well could have been transferred blame. He thought his aunt had helped his mother cover up her lie and so wanted to punish her for his mother’s sins. But Garcia learned that he recently tested his sister and the results showed that she was actually the biological child of Melissa and Danny. The team believed that Jacob would turn against his sister once he saw the results and so they rushed back to the house only to find it empty.

Jacob had killed the woman that watching them and he had already tied up his sister when the team found him. JJ talked to him and it seems that in his mind he killed his mother for making him a bastard. He said she sinned and that his aunt helped her sin. He also wanted to kill his sister although his reason for wanting to had to less to do with the bible and more about feeling alienated from his father. JJ talked to him about his dad and he really looked up to Danny Wallace. He thought he would lose him if the truth ever came out and so that’s when the team told that his dad did know. He knew that Jacob was his stepson and that Jacob was the one to kill his family members. It was why he tried to take the blame and said that he did it.

When Jacob learned what his father was willing to do for him, he put down his gun and was promptly arrested.

The team had realized with his case that something was off with Garcia when she was failed to spot Danny’s car the first time and so they reached out to her brother Carlos who hadn’t known about her kidnapping. Well, he knew now and he was there for Garcia when she finally allowed herself to break down.

It as all relative on tonight’s all new episode