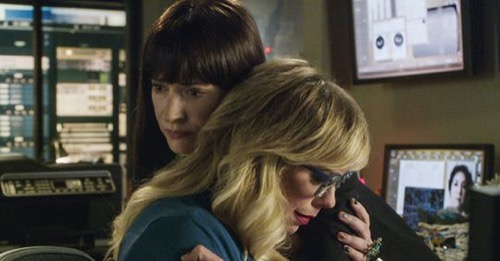 Tonight on CBS their hit drama Criminal Minds returns with an all-new Wednesday, November 07, 2018, season 14  episode 6, called “Luke,” and we have your weekly Criminal Minds recap below. On tonight’s Criminal Minds episode season 14 episode 7 as per the CBS synopsis, “The BAU heads to Bethesda, Md., to investigate four murders in the span of three days along the eastern seaboard.

The crimes become personal for Alvez, when the team discovers there are ties to his time spent five years ago working alongside the DEA and the Mexican police force in pursuit of the most notorious hitman in Mexico. Also, Alvez and his girlfriend, Lisa, decide to move in together.”

The BAU were investigating a moving target on tonight’s all-new episode of “Criminal Minds”. The Unsub they were hunting had killed three men over several states and it didn’t seem like he was done. The team knew that they had to track down this Unsub before he could kill again however there was nothing about these victims that stood out. They seemed like everyday men. They weren’t all of the same race, they had different occupations, and if they had been someone well connected then at least the team could have written off as a hit. The victims were all killed professionally. Like the Unsub was merely carrying out his duties to kill these men and took no satisfaction in what he did.

The BAU has this theory that this killer was working from a kind of list. They might not know what this list is or why the victims ended up on it, but the Unsub was slowly picking up the pace. The team had no sooner come with their theory that they were looking for an experienced Unsub with a goal when they learned that he killed again. The fourth victim had been an accountant who lived alone and he had been murdered at his home. The team went out there looking for answers and they found the victim’s panic room. It didn’t make sense because it’s not like the victim was a high risk and so the team had no idea what they stumbled across. Two of them later went to the autopsy and there they learned that the victim had been fed bleach before he was murdered.

It hadn’t much sense to the most of them. They knew that the bleach could have killed the victim all by itself and that the Unsub interfering was more to prove a point. He wanted to call his victim a rat and still went ahead with killing him because it reinforces the idea he was operating for a purpose. Alvez believed he knew what that purpose was. He recognized the Unsub’s signature as belonging to a hitman he arrested several years ago. The hitman’s name was Ramos and he worked for the Martinez Cartel until someone inside of the cartel turned against him. They gave up Ramos’s position and that’s what gave Alvez the chance to arrest him. Ramos went to jail and he broke out of prison three years after his arrest. And so Alvez believed Ramos was their suspect.

Alvez informed his team about the operation that took down Ramos. He had been working with a joint task force with the DEA and neither he nor the DEA ever found out who gave up Ramos. Ramos could be out looking for this person and killing every cartel member he could find, so Alvez reached out to his contacts on the case. He wanted to ask about Ramos to see if anyone had any leads on where he could be and he found out that the Unsub couldn’t have been Ramos. Ramos died several days ago. The Unsub had murdered Ramos using Ramos’s MO against him and so the team had no idea who the Unsub could be. That is they didn’t know until they found DNA at the last crime scene.

The DNA came from the Unsub having spit at the crime scene. It reminded Alvez of a DEA Agent he worked with on the Ramos case and so he had the DNA compared to Agent Jeremy Grant. And it unfortunately to be a match. The Unsub was supposedly one of the good guys and the team didn’t know why he was doing what he did until they learned about his past. Grant had married a woman and lived in Mexico with his family. He eventually went away for an assignment and when he returned he found his whole family murdered. They had been killed by Ramos and so Grant murdered Ramos to avenge his family, but he hadn’t just blamed Ramos for what happened. He blamed the whole task force that had been on Ramos.

Grant was a sniper. He had the chance to kill Ramos in the field and hadn’t taken it because Alvez called him off. It had been Alvez that wanted to bring in Ramos alive. He even told Grant their option was the better one and it led to Ramos to escape one day and kill Grant’s family. So Grant blamed everyone that had to do with Ramos getting away and thus he fit the profile. He was a trained killer and believed himself to be a Moral Enforcer. He thought he was making the world safer by killing off members of the cartel that probably helped Ramos to escape prison and he went on to target Alvez personally. The Special Agent had recently moved in with his girlfriend Lisa and the of them were very happy together. And so when Alvez heard there was a threat, he ran to Lisa.

Only Lisa was fine. She wasn’t targeted because Grant didn’t know about her and so once he assured himself that she was okay, Alvez remembered who else was important to him. His best friend Phil had also been on the Ramos case and therefore Grant would have known about him. Alvez went to Phil’s apartment to check on his friend and he found the murdered body of a federal agent. Grant chose to make it personal in the end and seeing as he finally crossed a line by killing someone in the FBI – the team were able to put out widespread manhunt for him. They had everyone except Alvez looking for Grant. Alvez was considered to be too close to this case and so they removed him from it in an effort to be objective.

They didn’t know that Alvez ignored the order. He went hunting for Grant on his own and he wasn’t afraid to break a few rules as long as it got him the information he wanted. He followed Grant to a port and what he didn’t know was that his team was following him. Apparently, Prentiss had had her suspicious and so she kept track of Alvez at all times. She had Garcia tracking his location and they eventually found Alvez with a gun pointed at Grant. The team was able to reach through to Alvez and get him to stand down without anyone being harmed though the fact he ignored orders to begin with and fired his weapon meant he was in trouble. He was later informed that he would be downgraded from Supervisory Special Agent to Special Agent and he was going to be on restricted duty.

Luke Alvez was going to be stuck at a desk for what he did, but that didn’t mean he couldn’t one day earn his way back into the fold.