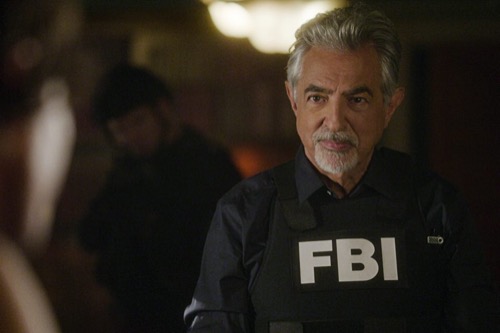 Tonight on CBS their hit drama Criminal Minds returns with an all-new Wednesday, November 14, 2018, season 14  episode 7, called “Twenty Seven,” and we have your weekly Criminal Minds recap below. On tonight’s Criminal Minds episode season 14 episode 7 as per the CBS synopsis, “BAU races to capture the vigilantes behind a series of attacks taking place every 27 minutes in the nation’s capital. Prentiss and Unit Chief Andrew Mendoza lead the effort to identify the Unsubs and what’s motivating them.”

An Unsub chose Washington D.C. as his hunting grounds on tonight’s all-new episode of “Criminal Minds”. The capital was supposed to be one of the safest places in the world, but somehow an Unsub was able to stab a man repeatedly in public and get away without anyone stopping him. It seems no one had wanted to risk the Unsub’s wrath and so they played it safe. They waited until the Unsub fled before they called it in and within moments the crime scene had been crawling with feds including the BAU. The Behavioral Analysis Unit was called because the Unsub had gone on to stab others as well. He was attacking someone every thirty minutes and he appeared to be on a spree, which in this case could be a good thing because spree killers follow a pattern. He could either reach out to a media organization in order to take credit or he could kill himself once he felt he was done.

This Unsub wanted credit. He had called 911 on himself to report the crimes because he wanted his victims to be found. The Unsub wanted everyone to know what he was doing and so that begged the question of why. Why was targeting his victims and why these victims? The team was called in when a number of victims had climbed as high as three and none of the said victims had anything in common. They were different sex, race, and none of them was high risk. The only thing that seemed off was that all of the victims were found in an area they wouldn’t normally be in. They lived and worked miles away from when they were attacked. So either they all had a secret life or the Unsub took the additional of abducting his victims before he carries out the public execution.

This indicated that the victims were possibly known to the Unsub. The Unsub had had plenty of opportunities to target anyone in a crowd and he went out of his way to ensure the only people that died were the ones he personally selected. He was meticulous when it came to his victims and the BAU were doing their best to race against the clock, but they might have been in too much of a rush. They released a sketch of the Unsub and that riled people up. There had even been a case of mistaken identity when a man with a gunshot someone he thought was the Unsub and had been wrong. The sketch had been vague and it allowed everyone to draw their own conclusions. Prentiss came to resent releasing it because she knew that was more to the story than just a sole Unsub.

The Unsub had taken a person of privileged and dumped them in the ghetto. He then took a working-class individual and dumped them in wealthy areas. The Unsub was making a case about inequality and so the team checked on their one lead. There had been a witness to the kidnapping of one of the victims and the witness hadn’t called it in until he arrived at work forty minutes later. It sucked though it was still a lead and so the team learned that the victim had been threatened into going with the Unsub. The Unsub had used a weapon to get the victim to comply and then drove off in his white sedan. The car had been a great leader and as the team was investigating it they realized that it was nearly impossible for anyone to control both the car and the victim. Not unless there was a second Unsub.

A pair would also explain the injuries. The cuts on the victims differed between one of them that hesitated and another that was crueler. Which was something the team would normally see in a Dominant/Submissive relationship? There was one of the Unsub that was calling all the shots and another that was just following. They were probably both black young man and hence why no one could differentiate between them in a panic crowd. It also probably explained why the only part they tried to cover up was  the lower half of their face. They wanted to cause confusion so that if one of them was caught then the other would finish the job. The team figured the pair would drop off another body in at-risk neighborhood and so they put up surveillance.

Unfortunately, they were too late to save the fourth victim. He had been bleeding badly and died at the scene yet the team was able to chase the Unsubs and one got away while they caught the other. They caught the submissive one. He wasn’t talking to them or telling them his name. They had to find out for themselves and so they learned that he was Marcus Wells. He had two brothers and he recently buried one of them. Tom wells had bled out in the street. His brothers both Marcus and James had called 911 a total of nine times and it still took an ambulance twenty-seven minutes to get to him. Those thirty minutes was why his brothers were on a spree. They wanted to prove that if they lived in a better neighborhood that the ambulance would have been there sooner.

It was why everytime the cops failed to respond within those twenty-seven minutes – someone else would die. Marcus was the middle brother and he lost his parents at a young age. It had been his older brother James that had taken care of Marcus and Tom and it was James that blamed himself the most for failure to keep them safe. James was the Dominant one and the team suspected he would skip to his endgame once he lost Marcus. So they took a look at their map. They had mapped out where the victims were supposed and where they dropped off, and it looked like the Unsubs had been working towards the college campus. The brothers believed that their brother was taken much too soon and that he would have had a bright future at college. And so carrying out their “experiment” at the campus would have told them if their brother would have been safer there.

The team pulled back all of their resources around the city and they went to the campus. They were in the middle of slowly getting the students back inside when James made his move. He grabbed a young woman and held a machete to her throat. James would have killed her if another federal agent hadn’t asked him if he could trade places with the victim. He told James that if he wanted to make a scene that an FBI Agent would be perfect and so James let go of the woman in order to grab the agent. He had noticed by then that people were recording him and James was going to perform a public execution when Prentiss showed. She empathized with James and said now everyone was going to know what happened to his brother Tom wasn’t right.

Prentiss kept talking until she got close enough to James to knock him out.

The team was able to arrest James and they got an ambulance for their injured federal agent, but ultimately the news didn’t report about what James or Marcus were trying to do because they chose to focus on the good like raising Emily Prentiss up as a hero.