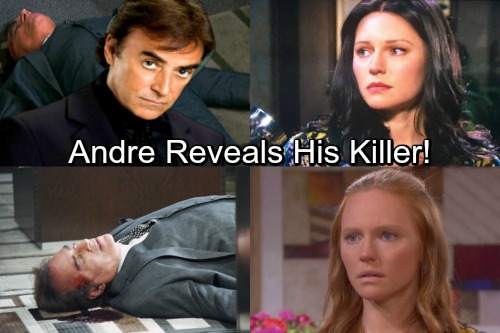 Days of Our Lives (DOOL) spoilers tease that Abigail (Marci Miller) will continue to struggle with grief and growing anger. She’s still pretty broken up about Andre’s (Thaao Penghlis) death and she certainly wants justice. Abigail doesn’t want to believe Gabi (Camila Banus) could be guilty of murder, so she’ll throw herself into taking down Stefan (Tyler Christopher).

Chad (Billy Flynn) certainly believes his brother’s guilty, but Stefan’s innocence wouldn’t make much of a difference either. Thanks to all the DiMera shakeups and tension, Chad just wants rid of Stefan once and for all. Taking him down for murder is a convenient way to make that happen. 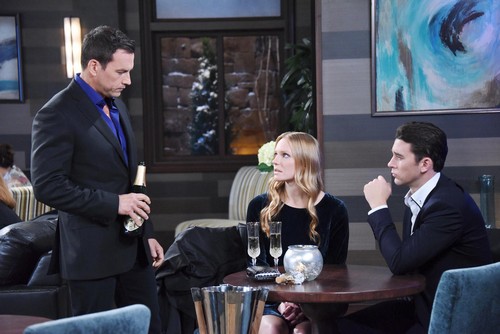 Chad just has to prove that Stefan hired someone to pose as Gabi and frame her. Of course, that’ll be difficult since Chad’s own wife is to blame! Abigail donned a wig as well as Gabi’s coat that night. Her “Gabby” transformation recently threw Stefan for a loop, but there are many more encounters to come. Days of Our Lives spoilers state that “Gabby” will be full of surprise.

In the meantime, Abigail could subconsciously sense her guilt. DOOL fans can expect another frightening nightmare on next week’s new Days episodes, February 26 – March 2. Abigail’s last dream pointed to Gabi for obvious reasons, but she misinterpreted it. Now that Abigail’s starting to let go of her Gabi suspicions, it could free her mind up for other options.

Days of Our Lives spoilers say Andre will give Abigail some huge clues in her next nightmare. She’ll feel like he’s trying to help her connect the dots. Dream Andre will drop hints about the real killer, so this storyline is moving right along.

Abigail won’t be able to solve the puzzle yet, but this will definitely be important later. At some point, everything will have to come together. How will Abigail react when that day comes? You can bet that she’ll be devastated by what she did in “Gabby” mode. Days spoilers say some tough moments are in Abigail’s future.

It sounds like the NBC soap has some great drama in the works. We’ll give you updates as other Days news comes in. Stay tuned to DOOL and don’t forget to check CDL often for the latest Days of Our Lives spoilers, updates and news.