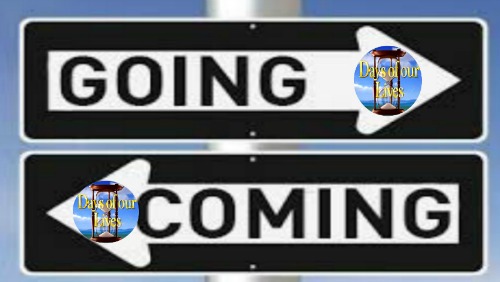 Days of Our Lives (DOOL) spoilers tease that we’ve got some comings and goings news to share. For starters, we should talk about Gilles Marini’s new character. He’ll debut as Ted Laurent on June 5, so expect him to make a big splash right away. Ted is Leo’s (Greg Rikaart) ruthless attorney and he’ll do just about anything to win his sexual harassment case.

In an interview with Soap Opera Digest, Marini dished on what Ted’s like and offered some hints about what’s ahead. “When you’re the hardcore lawyer that has no scruples, you’re going to hurt other people,” Marini said. “He’s the type of guy who would not think twice before blackmailing you. He knows what the law is – but can he bend it? Maybe.”

Marini suggested that it’s been fun to play a character with a dark side. He added that working with Lauren Koslow (Kate) has been a real blast. Marini gushed, “Oh, man, Lauren is awesome! What a beautiful, sweet woman. She’s such a pro.” Of course, Koslow’s character is a different story. Kate may be willing to get right down in the mud with Ted. DOOL fans know how she can be.

However, Days buzz hints that Ted and Kate could feel a spark eventually. It should be interesting to see what’s next for these two. In the meantime, let’s discuss some big comebacks. Shawn (Brandon Beemer) and Belle (Martha Madison) are returning for a hot plot, so that’s something to look forward to. Days of Our Lives spoilers say their upcoming visit will be worth the wait.

Finally, the show’s on the hunt for a newbie. SOD reports that Days wants “a gorgeous actress in her 20s to play the recurring role of Sofia.” Once they find the right, this actress will begin taping in late June or early July. That should put her in Salem around the end of 2018.