Days of Our Lives Spoilers: Comings and Goings – Matthew Ashford Previews Jack’s Shocking Return – Another Familiar Face Is Back 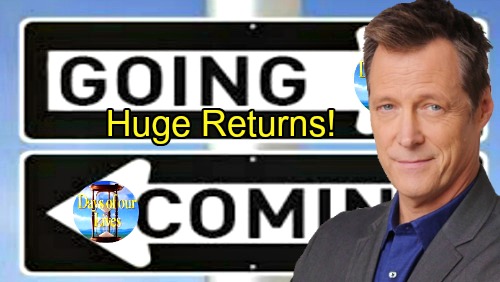 Days of Our Lives (DOOL) spoilers tease that we’ve got some comings and goings news to pass along. First, we should talk about Chrishell Hartley’s comeback as Jordan Ridgeway. She was last spotted in Salem in 2015, but she’s needed again now that Ben’s (Robert Scott Wilson) around. Ciara (Victoria Konefal) is on Ben’s side, but he could certainly use his sister’s support, too.

DOOL fans will see a new story for Jordan in early 2019. It’ll undoubtedly tie in with Ben somehow, but this would be a great opportunity to bring Clyde (James Read) back in the picture, too. Perhaps they could find some excuse for an unpleasant family reunion.

Of course, Jordan’s ex might be free down the road. Rafe (Galen Gering) and Hope (Kristian Alfonso) are inching closer, but Sami (Alison Sweeney) will likely derail that with baby drama. Maybe Jordan will pick up the pieces of Rafe’s broken heart. Rafe also betrayed her once upon a time, but Days characters tend to be pretty forgiving – especially if they’ve been off screen for quite a while. 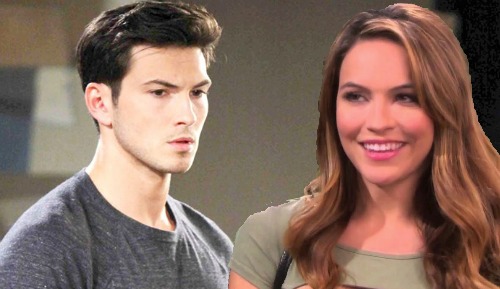 Other Days of Our Lives spoilers say Jack Deveraux (Matthew Ashford) is returning to Salem. Most viewers have heard the buzz by now, reported by CDL 2 months ago, but Soap Opera Digest confirmed the news and offered the scoop from Ashford himself. He had some interesting hints about what’s ahead.

Ashford gushed, “If I could have written a way for Jack and myself to come back to Days, I couldn’t have written it better myself! He discussed working with Melissa Reeves (Jennifer), Mary Beth Evans (Kayla), Kassie DePaiva) (Eve) and so many other talented co-stars. Ashford insisted that it’s been “a dream come true.”

Days viewers will recall that Jack was killed off in 2012, but he’s made a few appearances since then. The show was always careful to make Jack part of someone’s imagination or use him in fake flashbacks. That’s helpful since they won’t have to work around the ghost issue.

We should also point out that this is a more permanent return to the show. Soaps can’t promise to keep an actor employed forever, but it definitely sounds like Ashford will be in it for the long haul. That guarantees Jack will be back from the dead, so there are so many reunions to look forward to.