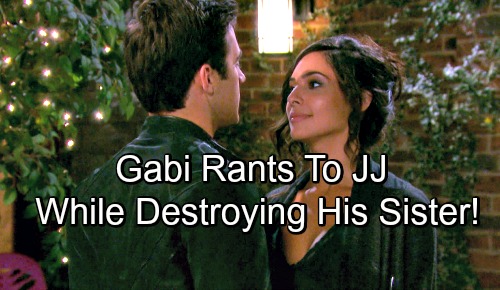 Days of Our Lives (DOOL) spoilers tease that Gabi (Camila Banus) will make some big changes in her life. She’s certainly had a string of rotten luck lately. First, Eli (Lamon Archey) cheated on her and lied about it. He got Lani (Sal Stowers) pregnant before Gabi was framed for a murder she didn’t commit.

Next, Gabi landed behind bars and suffered a brutal beating. She was accused of another murder she didn’t commit, which delayed her release. Now Arianna’s (Harper and Sydnee Udell) angry and thanks to internal injuries from the beating, Gabi can’t have any more children. Days has really piled the drama on this poor woman. 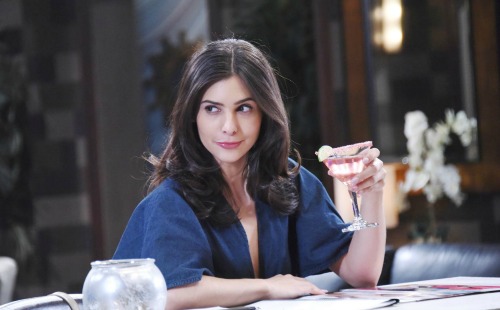 It’s easy to see why Gabi’s fed up, especially when Abigail (Marci Miller) and Stefan (Tyler Christopher) never spent a day at Statesville. Abigail didn’t even land in a sanitarium after the DID chaos. Days opted to let her have a few therapy sessions with Laura (Jaime Lyn Bauer) in Boston. That was practically a vacation!

As a result, Gabi will take charge of her own destiny and get vicious revenge. She deserves it after everything she’s been through. Is it entirely fair to Abigail, who was mentally ill when she turned against Gabi? No, but it’s tough to blame Gabi for being pushed to the edge. Pretty much anyone would be in her situation.

After Gabi changes Abigail’s paternity test results, DOOL chaos will be unleashed. Days of Our Lives spoilers say Abigail will mistakenly assume Stefan’s (Tyler Christopher) the father. She’ll decide to have an abortion, but Gabi will botch that plan by “accidentally” exposing the baby secret. 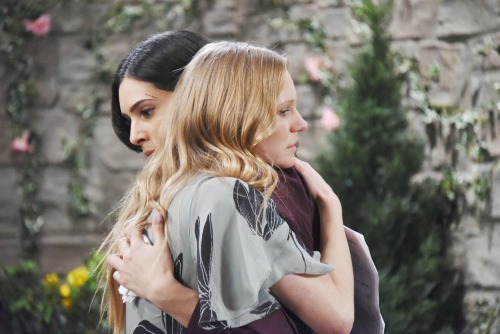 That’s for the best since Abigail would never want to abort Chad’s (Billy Flynn) child. Unfortunately, Abigail won’t learn the truth anytime soon. She’ll have to deal with Stefan sticking to her like glue and making power plays over this kid. It’ll be a real nightmare for Abigail, which is exactly what Gabi wants.

Of course, Gabi will make Stefan suffer as well. She’ll target him at DiMera Enterprises and potentially pull the baby “gotcha” down the road. However, it’ll be a while before Gabi’s satisfied. During the week of July 23-27, Gabi will go on a tirade as JJ (Casey Moss) listens and offers comfort.

JJ won’t realize Gabi’s made a huge mess for his sister. If he knew what Gabi was doing to Abigail, you can bet he wouldn’t be so understanding! We’ll give you updates as other Days news comes in. Stay tuned to DOOL and don’t forget to check CDL often for the latest Days of Our Lives spoilers, updates and news.