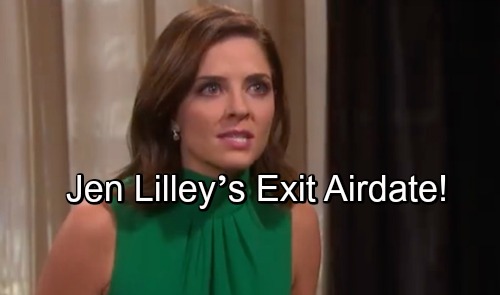 Days of Our Lives (DOOL) spoilers tease that Theresa (Jen Lilley) will get good news and bad news. The good news is she’ll win this nasty custody war. It’s been a hard-fought battle, but Theresa will pull off a win. Despite Brady’s (Eric Martsolf) despair, Theresa will be glad to secure a firm spot in Tate’s (Colin and Kyle Schroeder) life. She’ll be relieved to know they won’t be separated again.

Of course, we also mentioned some bad news. That’ll hit soon after the judge’s ruling. Days of Our Lives spoilers say Theresa will get a crushing phone call. She’ll learn that Kimberly’s (Patsy Pease) cancer has returned, so she’ll pack up her things and prepare to leave town.

Theresa won’t want her mom to suffer through this alone. There’s nothing left for her in Salem anyway. Brady will undoubtedly hate Theresa more than ever soon. He’s a hypocrite who’s done far worse, but that’s beside the point. 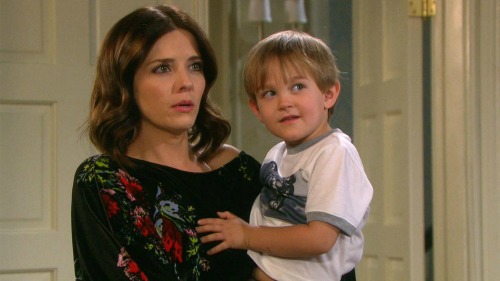 Bottom line, Theresa has absolutely no chance of a reunion right now. Other than JJ (Casey Moss), nobody in Salem will miss Theresa when she’s gone. Many DOOL fans, on the other hand, will be pretty bummed. Theresa’s latest stint has flown by, so it’ll be tough to bid her farewell. Love her or hate her, Theresa brings a lot of drama whenever she’s around.

Days of Our Lives spoilers state that we finally have an exit airdate for Jen Lilley. Her last day on the NBC soap will be July 19. However, Theresa should be back eventually. She can’t keep Tate away from Brady forever. Perhaps Theresa will return for a holiday gathering or some other special occasion. Then again, maybe guilt will hit and she’ll just want Brady to have a visit with his son.

Whatever the case, we’re betting this isn’t the end of the road. Lilley’s been open about her desire for short stints like this. She’s too busy to return full-time, but she enjoys playing the character and wants Theresa to remain part of the show. Days could easily draw Lilley back to the role with another juicy story.

After Brady shares an emotional goodbye with Tate, Theresa will trot the boy off and care for sick Kimberly. Will you miss Theresa once she’s gone? Are you hoping she’ll make her way back to Salem someday? We’ll give you updates as other Days details emerge. Stay tuned to DOOL and don’t forget to check CDL often for the latest Days of Our Lives spoilers, updates and news.