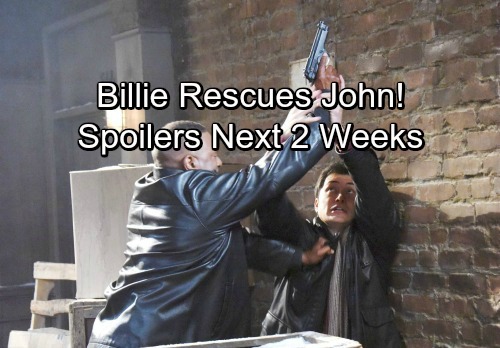 Days of Our Lives (DOOL) spoilers for the next two weeks tease that we’ll see some surprising revelations. The week of February 5-9 will bring a bombshell for Lani (Sal Stowers). She’ll be taken aback when Valerie (Vanessa Williams) confronts her with the truth. Lani will be forced to tell Eli (Lamon Archey) about his baby, so big trouble’s brewing.

Elsewhere, Will (Chandler Massey) and Paul’s (Christopher Sean) investigation will continue. They’ll realize Steve’s (Stephen Nichols) death is drawing near. In just a few more poison doses, Steve could be gone forever. While Will confronts John (Drake Hogestyn), Paul will get tangled up with the supplier. He’ll fear for his life as he fights off this armed brute.

Steve will struggle to survive in the hospital while Will faces John’s gun at the mausoleum. There’s plenty of peril coming up in Salem! At the police station, Days spoilers say Gabi (Camila Banus) will land in hot water. The security footage will suggest she’s Andre’s (Thaao Penghlis) murderer, but Gabi will deny it repeatedly. She’ll argue that she was framed.

It looks like Gabi’s being honest here, but she’ll certainly have a hard time proving it. Nevertheless, Gabi will give it her best shot during the week of February 12-16. Perhaps there’s someone she can call for assistance. Gabi will need all the help she can get! 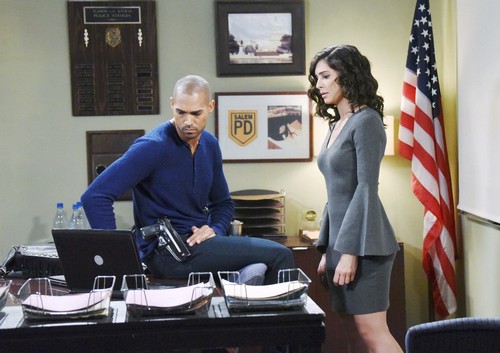 Other Days of Our Lives spoilers say Billie (Lisa Rinna) will make her way back to town. She’ll reunite with Kate (Lauren Koslow), but that won’t be the real reason for this visit. It turns out Billie’s tangled up in the poison drama. Have John and Billie both been facing threats?

Regardless, Days spoilers state that Billie will come to John’s rescue. He’ll owe Billie his life soon enough. Marlena (Deidre Hall) will have some concerns about John’s recent behavior. She’ll seek answers as her suspicions grow. It won’t be long until Marlena discovers John’s stunning scheme. 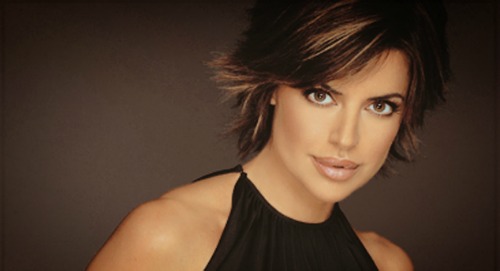 Over with Eric (Greg Vaughan), he’ll determine that there’s been some confusion. Jennifer (Melissa Reeves) moved on because she thought Eric was still in love with Nicole (Arianne Zucker). In reality, he wants nothing more than to be with Jen now.

Eric will always reflect on what might’ve been with Nicole, but he’s given up on their future together. He’s ready to see what kind of relationship he could have with Jennifer. DOOL fans can expect a lovely Valentine’s Day for these two. Jennifer and Eric will enjoy a romantic evening, so stay tuned. 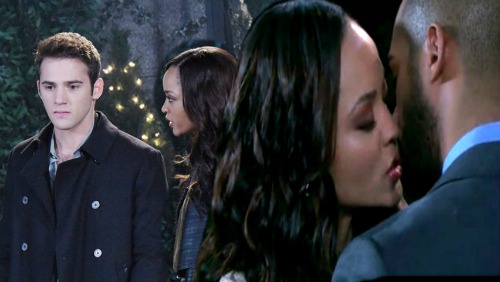 Finally, JJ will buy a ring and prepare to pop the question. After getting Abe’s (James Reynolds) permission, JJ will ask Lani to marry him. Days of Our Lives spoilers say Lani will be shaken by the proposal. The shockers just never stop!

Are you looking forward to these exciting storylines? We’ll give you updates as other DOOL news comes in. Stick with the NBC soap and don’t forget to check CDL often for the latest Days of Our Lives spoilers, updates and news.