Days of Our Lives Spoilers: Scott Shilstone Back as Wyatt – Trouble Brewing for Ciara and Jealous Tripp 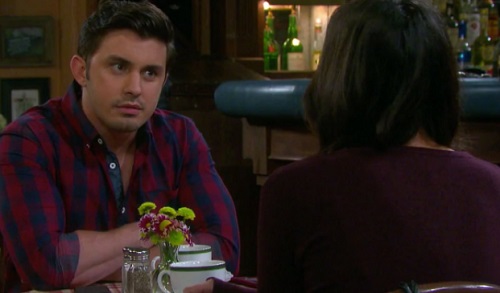 Days of Our Lives (DOOL) spoilers tease that Ciara’s (Victoria Konefal) about to get a blast from the not-so-distant past. DOOL fans will recall that Theo (Kyler Pettis) had a shady friend named Wyatt (Scott Shilstone). When Ciara seemed unhappy, Theo went against his instincts and decided to help Wyatt win her over. He fed his buddy info about Ciara’s interests to make it happen.

The plan worked for a while, but Theo eventually couldn’t take it anymore. He told Ciara the truth, so Wyatt got dumped. However, Wyatt and Ciara actually seemed to get along pretty well. If Wyatt hadn’t been so busy accepting Theo’s tips, he might’ve been able to win her over on his own.

It looks like Wyatt could get a second chance next week. Scott Shilstone will reprise the role starting Wednesday, April 18. Days spoilers suggest that Wyatt will apologize once again. He really liked Ciara, so he’ll hate that he blew it.

Perhaps Wyatt will admit that he’s been thinking about Ciara a lot lately. He might ask if she’d be willing to start fresh. Wyatt will acknowledge that he hurt Ciara and he’ll definitely be sorry about that. However, Wyatt may think they shared a real spark. He might push for a shot at proving himself without any tricks or manipulation. 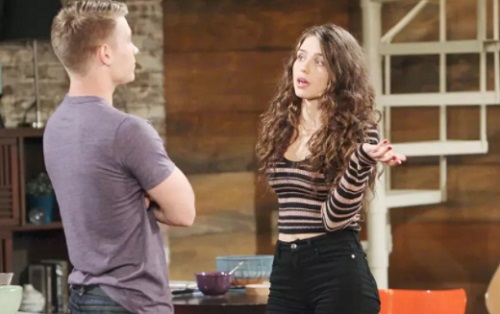 How would Ciara feel about that? Would she consider forgiving Wyatt and giving him another opportunity? Ciara and Tripp (Lucas Adams) are interested in each other, but they haven’t locked down anything serious yet. She may be tempted if Wyatt says all the right things.

Of course, Days of Our Lives spoilers state that Tripp and Ciara are the couple to root for. Wyatt’s return stint will be brief. Maybe Ciara will tell Wyatt that she’s met someone else she really cares about. If Tripp overhears, that could bring them closer.

Then again, Ciara might agree to a date with Wyatt and spark anger from Tripp. His jealous rage might lead to a passionate sex session! Ciara may back out of reconnecting with Wyatt and focus solely on Tripp instead.

If you want it, go after it! #DAYS pic.twitter.com/Pc6UBbm52t