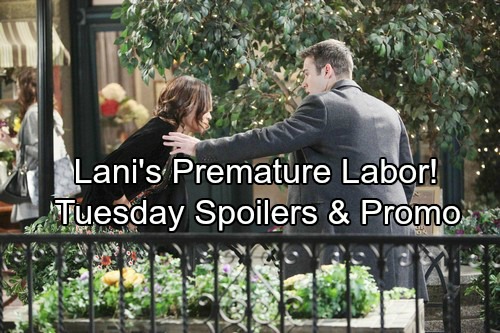 Days of Our Lives (DOOL) spoilers for Tuesday, March 6, tease that Brady (Eric Martsolf) will make his next move. He’s working on a plot to win Eve (Kassie DePaiva) over and hopefully tie the knot. That way he can take Eve for everything she’s got in the divorce. Now that Victor’s (John Aniston) revving up the pressure, DOOL fans can expect things to get even trickier for Brady.

Eve will face some surprising moments in Tuesday’s episode. Brady will turn on the charm and attempt to nudge Eve toward the altar. Part of him will hope that his plan pays off, but another part of him will feel guilty about what he’s doing. It’s easy to see that Brady and Eve are genuinely falling for each other. 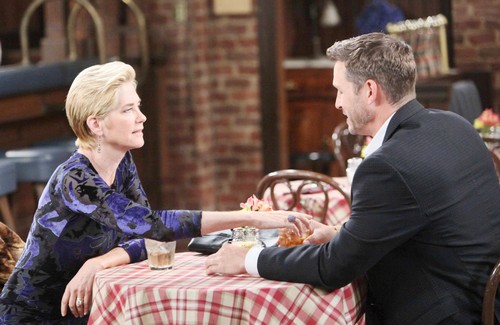 Days spoilers state that Eve will be confused by their latest conversation. She’ll wonder why Brady’s suddenly dropping hints about their upcoming nuptials. They agreed to slow down their romance, so Eve won’t get what the big rush is.

DOOL spoilers say Brady will do his best to hide his twisted scheme, but this secret won’t stay under wraps for much longer. Eric (Greg Vaughan) will also catch Brady throwing back some drinks on Tuesday. He’ll be concerned about his brother, but you can bet that Brady will remain icy toward him.

It sounds like Brady will use alcohol to cope with his guilt. He feels terrible about what he’s doing to Eve, but he’s not ready to ditch the plan just yet. Across town, Lani (Sal Stowers) will fear the worst during a shocking medical crisis. Days spoilers say JJ (Casey Moss) will panic as Lani battles intense pain. He’ll get her to the hospital right away, but they’ll both have major concerns about the baby. 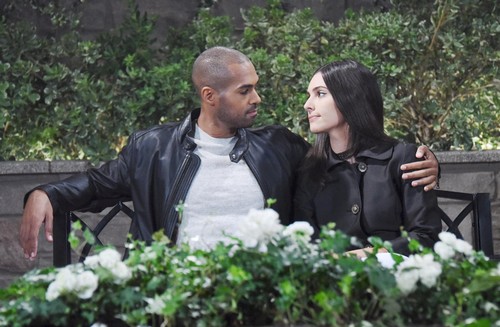 Other Days of Our Lives spoilers reveal that Gabi (Camila Banus) will seek answers. Eli (Lamon Archey) just dropped the cheating bomb, so Gabi will want to know all the details. She’ll hope Eli will try honesty for once. Eli will admit that it was after Lani’s misunderstanding on Christmas Eve. He believed Gabi was cheating with JJ, so he thought he deserved a hot hookup as well.

Gabi will ask Eli about the baby’s paternity, but he’ll decide she’s had enough devastating blows for one night. Eli will insist that JJ’s the father, so that lie’s sure to catch up with him eventually. We’ll give you updates as other Days of Our Lives news comes in. Stick with the NBC soap and don’t forget to check CDL often for the latest Days of Our Lives spoilers, updates and news.