BY Heather Hughes on May 2, 2018 | Comments: 2 comments
Related : Days of Our Lives, Soap Opera, Spoiler, Television 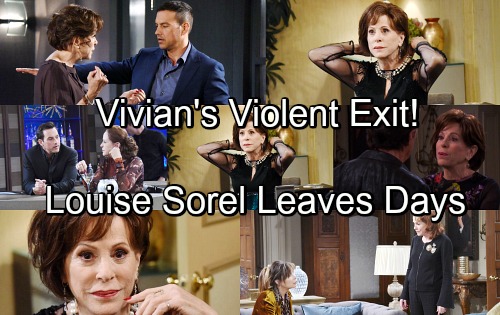 Days of Our Lives (DOOL) spoilers tease that Kate (Lauren Koslow) and Vivian’s (Louise Sorel) rivalry will spiral out of control. Things have been tense in that bunker and that certainly won’t change now that they’ve been found. Once Vivian and Kate recover from this ordeal, they’ll get right back to their vicious conflict. In fact, their worst battle yet is on the way.

Kate hired Paul (Christopher Sean) to expose Vivian’s plot, so DOOL fans should see some drama as a result. She can tell that her enemy’s up to something. It probably won’t be long until Paul connects the dots and proves Leo (Greg Rikkaart) is indeed Vivian’s ally. Paul may find out the details of their plan and pass them along to Kate. 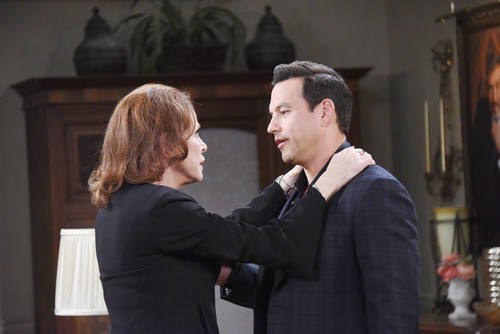 Nevertheless, that’s not what’ll drive the looming showdown. Days of Our Lives spoilers say Andre (Thaao Penghlis) will remain at the center of their hostility. When Vivian offered the scoop on her partnership with Andre, Kate wasn’t pleased. Andre seemed to genuinely love Kate, so she refuses to accept that she was just a pawn in his scheme.

Days spoilers state that Vivian will keep pushing and pushing, so Kate’s bound to snap eventually. May 9 will bring the ultimate faceoff and it won’t end well for one of these women. Vivian will become the loser of this fierce war, but the situation will be far worse than you might think. 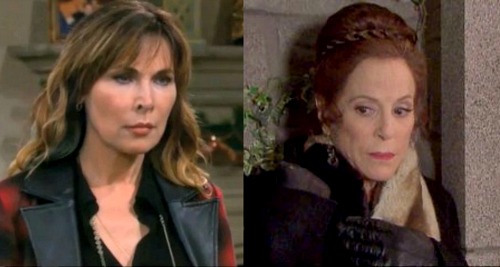 Normally, confrontations involve raised voices and maybe a slap or two. They entertain Days of Our Lives viewers, but that’s about all they accomplish. However, this one will bring extreme danger. It looks like Kate will lead to physical harm for Vivian. She might shove her into something or cause a major fall.

Regardless, Vivian will land in the hospital soon after this fight. Rafe (Galen Gering) will grill Kate about the details while Stefan (Tyler Christopher) fears for his mother’s life. Kate could be facing murder charges if Vivian doesn’t pull through! If Vivian manages to survive, she could at least be stuck in a long-term coma.

After all, Days is going to need an exit strategy for Vivian soon. It’s probably time to set that in motion, so it appears Kate will take care of that for us. We’ll give you updates as other DOOL news comes in. Stay tuned to the NBC soap and don’t forget to check CDL often for the latest Days of Our Lives spoilers, updates and news.