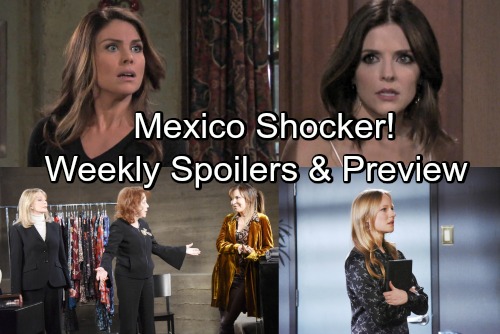 Days of Our Lives (DOOL) spoilers for the week of April 30-May 4 tease that some fierce faceoffs are on the way. First, Kate (Lauren Koslow) and Vivian (Louise Sorel) will have another fight in the bunker. Marlena (Deidre Hall) will join them in gulping down some Champagne, but it won’t be enough to stop the conflict. The drunken hostages will spar despite Marlena’s efforts to help.

Meanwhile, Chad (Billy Flynn) and Jennifer (Melissa Reeves) will have a tough time dealing with Abigail (Marci Miller). “Gabby” will refuse to step aside, so she’ll have to face the consequences of her recent actions. There are sure to be some tense moments at the police station! 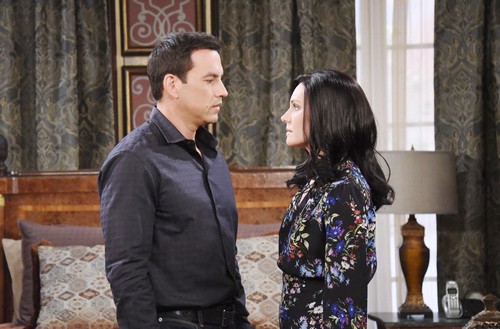 Days spoilers say appealing to deal with eventually be put on the table. Melinda Trask (Laura Kai Chen) will agree to forget the rape charges against Stefan (Tyler Christopher). She’ll also be willing to overlook “Gabby’s” role in the kidnappings. In exchange, “Gabby” will divulge where the captives are being held.

Vivian, Kate, and Marlena will finally be rescued, so at least there’ll be some good news this week. The hostage gang will be able to explain the DID diagnosis to Chad. “Gabby” will do battle with Abigail again, but “Dr. Laura” will take over. It’ll be up to Chad to break through this final obstacle and speak with his wife. 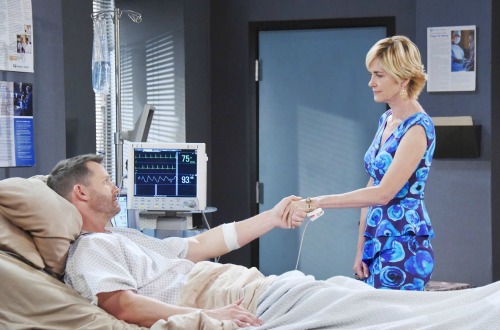 Other Days of Our Lives spoilers say Eve (Kassie DePaiva) will worry about Brady (Eric Martsolf). She’ll watch over him at the hospital and wonder if he might’ve been telling the truth. Brady assured Eve he had nothing to do with the rigged contest. Either Ciara (Victoria Konefal) or Claire (Olivia Rose Keegan) should be able to clear that up soon. 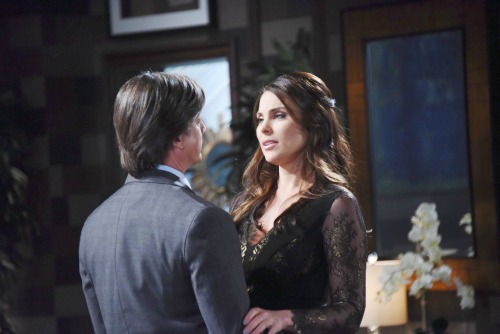 Over with Lucas (Bryan Dattilo), he’ll struggle to understand why Chloe (Nadia Bjorlin) changed her mind. He thought they were going to have a bright future together, but Chloe suddenly took off. Of course, DOOL fans know Chloe was forced at gunpoint! She’ll end up in Mexico with Miguel (Phillip Anthony-Rodriguez) and that’s where a surprise encounter will occur.