BY Heather Hughes on May 4, 2018 | Comments: 2 comments
Related : Days of Our Lives, Soap Opera, Spoiler, Television 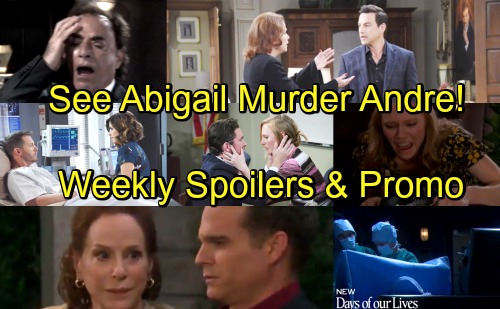 Days of Our Lives (DOOL) spoilers for the week of May 7-11 tease that things are about to heat up in Salem. First, Abigail (Marci Miller) will face her fears and dive deep into her memories. Her alters emerged to help her cope with Andre’s (Thaao Penghlis) death, but Abigail will have to push past the pain. With Chad’s (Billy Flynn) love and support, Abby will think back to what happened that night.

DOOL will reveal the whole story through some newly created flashbacks. Abigail will recall fighting with Andre in the office where he died. She discovered Andre’s dirty dealings with Vivian (Louise Sorel) and confronted him about what he was doing to the family. Abigail was furious at Andre for betraying Chad (Billy Flynn) and Kate (Lauren Koslow). She was hurt that he went behind her back as well. 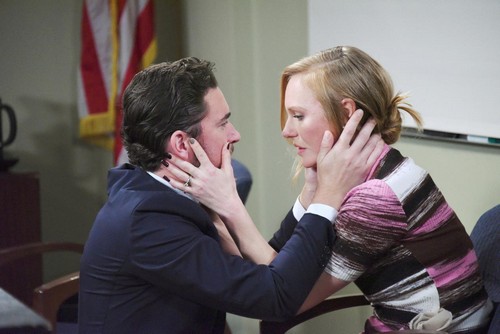 These Days flashbacks will show that Andre panicked and pushed Abigail to keep his secret. When she refused, their argument turned into a physical confrontation. Abigail was forced to bash Andre in the head to defend herself. She was horrified when she realized she’d killed him and that’s when her alters took control.

“Dr. Laura” and “Gabby” will take charge once again soon enough. Days of Our Lives spoilers say Abigail will reel over striking the fatal blow. She’ll have a serious setback, but Chad will do whatever he can to get Abby through this. 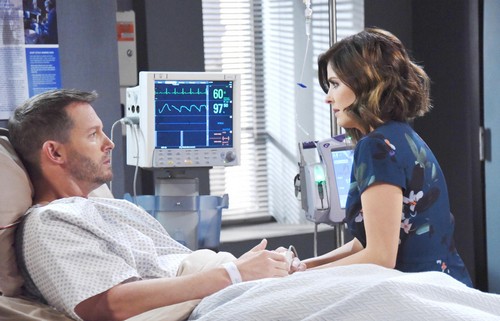 In the second half of DOOL’s latest promo, the announcer mentions a looming death. Several characters are featured as possible goners, but there’s no need to worry about anyone except Vivian. Days spoilers say she’ll be Salemite who’s killed off this week.

The trouble will start when Kate rips into Vivian over Andre. Once Kate brings up Vivian’s new partnership with Leo (Greg Rikaart), the tension will really explode. Vivian will determine that Kate poses a threat to her Titan plan. She’ll eventually pull a gun on her enemy, so Kate will try to wrestle it away from her.

Naturally, Days of Our Lives spoilers state that the gun will go off. Stefan (Tyler Christopher) will get his mother to the hospital ASAP, but it’ll be too late. Vivian will die on the operating table! It’ll bring a shocking finish to Louise Sorel’s current stint.

It sounds like plenty of excitement’s ahead, so stay tuned for all the drama. We’ll give you updates as other DOOL news comes in. Stick with the NBC soap and don’t forget to check CDL often for the latest Days of Our Lives spoilers, updates and news.