General Hospital Spoilers: Anna’s Past Comes Back To Haunt Her – Is David Hayward The Kidnapper? 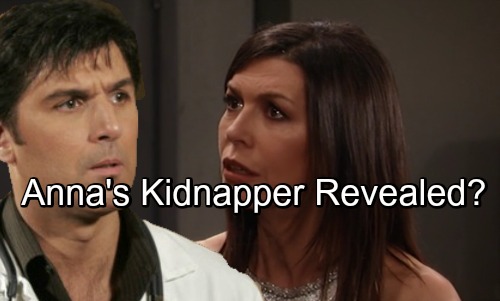 Long time ABC soaps viewers who watched both All My Children and General Hospital, or at least followed Anna to Pine Valley when she spent time there, will remember David Hayward. Anna had many Devane relatives there, including her twin Alex, who had married Dimitri Marick (Michael Nader).

Anna and David had a daughter, Leora, who sadly died during an operation to implant a pacemaker to correct her heart condition. Anna had signed off on the surgery without David, and David had wanted to wait until Leora was older and stronger before having the pacemaker surgery. 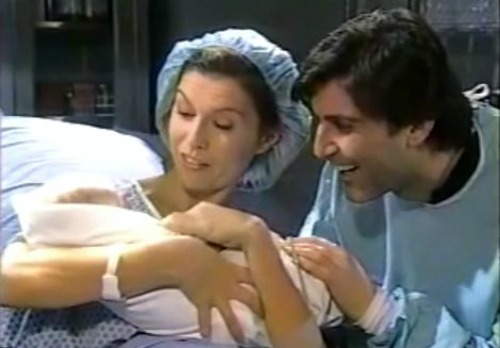 This left David a broken man, and he started hallucinating Leora as a little girl. The marriage broke up after Anna discovered evidence that David may have been involved in the murder of Michael Cambias (coincidentally played by William DeVry). Anna then left David and went to Paris to spend time with Robin.

David had a rough time of it and seemed to always carry not only their daughter Leora, but Anna herself in his heart. Like Cesar Faison (Anders Hove), he had other relationships, but may have remained obsessed with Anna deep down, her having been baby Leora’s mother and he undoubtedly continued to feel tied to Anna in his grief.

David went on to become someone who both took lives and gave them back, murdering several people, but bringing several other Pine Valley residents back to life through Project Orpheus. Project Orpheus was a resurrection protocol David was involved in the development of.

As a matter of fact, David himself was resurrected…he was thought to be dead for several years and suddenly reappeared! In the Prospect Park online reboot of AMC, he was shown to have been released from prison. 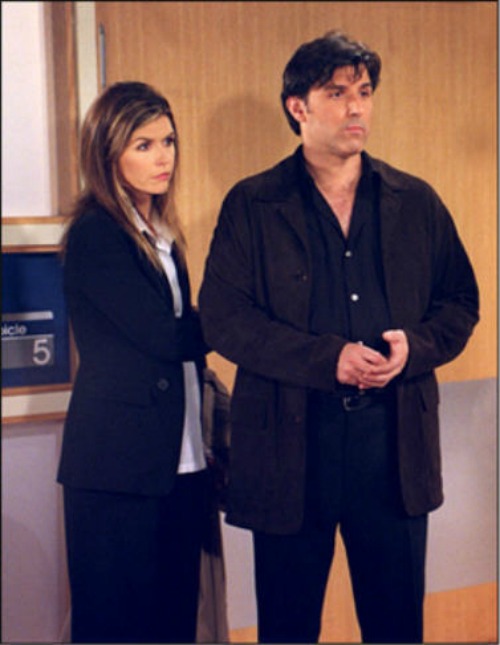 Could Dr. Kurt Lasaris have worked with David on Project Orpheus? It sure sounds like something he could have been involved in! Dr. Lasaris could have kept in touch with his former colleague and through him David may have found out Anna was living in Port Charles, and tracked her down.

It is interesting to note that only Finn is receiving texts from Anna’s phone. Surely she would also have Robert in her phone directory, but maybe David knew about Robert from Anna and knows Robert is a force to be reckoned with – and he doesn’t want to have to reckon with him!

It’s even possible David is working somewhere in Ferncliff and has Anna stashed there somewhere, and the text to Finn to come to Berkley is just a wild goose chase to throw him off Anna’s trail. David may be smart, but he’s not spy smart – and those texts from Anna’s phone can likely be traced!

Vincent Irizarry actually mentioned in an interview with Soap Opera Digest in July 2017, when his time on Days of Our Lives as Deimos came to an end, that he’d be interested in coming to GH and reprising his role as David Hayward.

It will be interesting to see if TPTB at GH would actually take the gifted actor and fan favorite Irizarry up on it and David Hayward really is revealed as Anna’s captor! Keep watching GH and checking out General Hospital spoilers to see what happens!