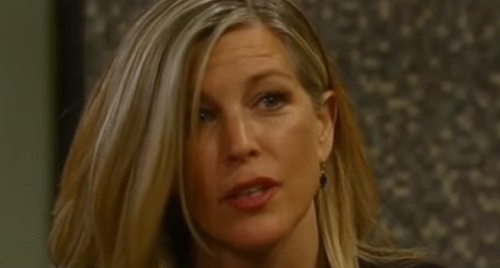 General Hospital (GH) spoilers tease that Nelle (Chloe Lanier) will continue to target Carly (Laura Wright), so expect more “hauntings” and frightening clues. On April 20, Carly will be pushed to the limit of how much she can take. She’ll just want all this Morgan (Bryan Craig) madness to stop. Carly seems to think it’s a message from the great beyond, but it’s certainly not one she can understand.

As Nelle keeps those creepy hints coming, Carly will feel like she’s on the verge of a breakdown. She won’t know what else to do, so she’ll finally consider the possibility that she’s going crazy. It’ll be a tough admission for Carly to make, but she can’t ignore how nuts she looks.

Fortunately, there’s someone who can help Carly sort through her feelings and asses her mental state. Of course, we’re talking about GH’s top shrink. General Hospital fans know Kevin (Jon Lindstrom) truly helped Franco (Roger Howarth). They established a nice level of trust in those therapy sessions, to Kevin will hope to do the same with Carly. 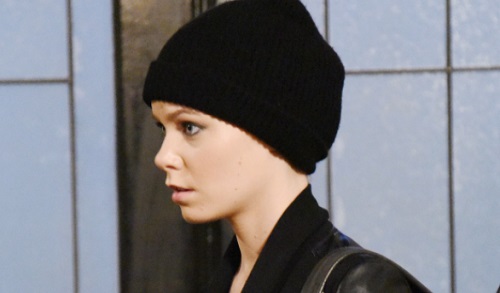 However, there’s a big difference between Franco and Carly’s situations. Franco was trying to recall painful events from his childhood. He actually endured Jim’s (Greg Evigan) abuse and it was buried deep in his memories. It was just a matter of pushing the right buttons and drawing those memories out.

For Carly, it’s not that simple. Nelle is manipulating her mind and making her believe things that just aren’t true. This is all happening in the present, so Carly can’t really have an “aha” moment where she remembers everything. Carly’s problems can’t be solved until Nelle gets caught.

Nevertheless, Kevin will give this case his best shot. General Hospital spoilers say Carly will unload all her issues and hope that the doc can help. She’ll be desperate for some relief, but Kevin could actually make her dilemma worse. He may get Carly to reflect on losing Morgan, which should put her in a dark place. It might make Carly more vulnerable to Nelle’s manipulation.

By the time this plot wraps up, Carly could legitimately be having visions or hearing voices. Maybe Nelle won’t even have to pretend anymore! Will Nelle’s scheme work out even better than she thought? We’ll give you updates as other GH news comes in. Stay tuned to the ABC soap and don’t forget to check CDL often for the latest General Hospital spoilers, updates and news.