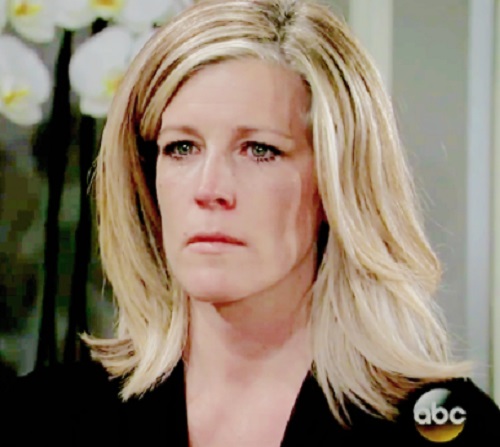 General Hospital (GH) spoilers tease that Sonny (Maurice Benard) will continue to worry about Carly’s (Laura Wright) mental health. He can tell that she’s a mess over the spooky happenings in town. Carly’s truly shaken up about the eerie phone calls, bloody scarf and broken picture frame. The flickering lights and noises in Morgan’s (Bryan Craig) room didn’t do anything to ease her mind!

Sonny’s convinced that this is all in Carly’s head, but she swears that it’s very real. Unfortunately, both of them are overlooking an obvious explanation. GH fans know Nelle’s (Chloe Lanier) behind the chaos, but why haven’t Carly and Sonny guessed that yet? After everything Nelle has pulled since she came to Port Charles, you’d think she’d be suspected right away.

It’s strange that Sonny’s mind is going right to Carly’s crazy instead of considering who would want to mess with her. Nevertheless, there’s still time for suspicions to emerge. Nelle’s bound to slip up somehow and that could provide a hint about her guilt. There’s surely some way for Carly to get a clue about Nelle’s involvement. 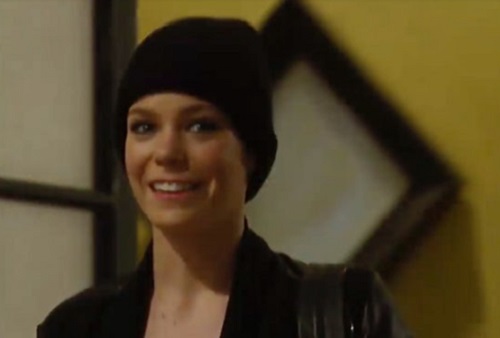 Nelle’s whole plan could be blown if Carly catches on, but this schemer isn’t a quitter. No matter what obstacle gets thrown at Nelle, she doesn’t give up. In fact, Nelle might be able to spin Carly’s allegations to her advantage.

As Nelle’s plot revs up, Carly will be at the end of her rope. General Hospital spoilers say things will get particularly rough for her on April 20. Carly needs to take a hard look at her adversaries and start figuring this mystery out. Will something finally click and lead her straight to Nelle? If so, Carly could decide to confront her enemy and demand some answers.

Carly might rehash when Nelle came to PC for revenge and pretended to sleep with Sonny. Nelle even recorded Sonny talking about it as proof. Of course, we can’t forget about the rest of Nelle’s deception. She kept Michael (Chad Duell) in the dark on her past, which included murder accusations and a stint in a mental institution.

If Carly starts blaming Nelle for the hauntings, Michael may wonder if it’s true. Naturally, Nelle could turn on the waterworks and give her usual “poor little me gets accused of everything” act. Since Michael always caves when that happens, he’d probably apologize and bond with Nelle again.

Nelle could also set up some odd event while she’s with Michael. She could recruit some help to make sure Carly’s “haunted” when she has an alibi. If Nelle seems innocent and Michael defends her, that could really send Carly over the edge!

Are you anxious to see where this General Hospital storyline goes from here? We’ll give you updates as other GH news comes in. Stay tuned to the ABC soap and don’t forget to check CDL often for the latest General Hospital spoilers, updates and news.