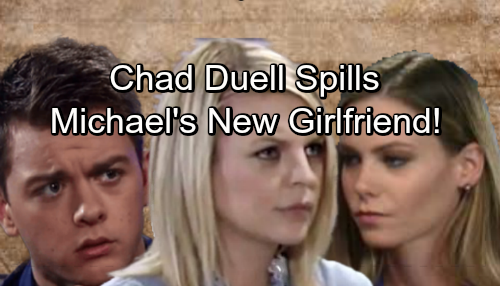 General Hospital (GH) spoilers tease that Michael’s (Chad Duell) going to need a new love interest. Since Nelle (Chloe Lanier) is a sneaky little monster, she was never really a viable one anyway. Michael needs somebody he can truly connect with. At the very least, he needs someone he feels safe around. Nelle is allegedly a fiancé killer, so there are obviously major concerns here!

Fortunately, Michael will soon score his freedom. His risky plan will undoubtedly bring consequences, but Nelle will be out of his life one way or another. That’s the most important thing to Michael. He just wants to rid his family of the turmoil he allowed.

It seems Michael’s finally learned his lesson regarding second chances. Sometimes people deserve them and sometimes you just have to send them packing. In the future, Michael will need to be more careful about handing those out.

Once Nelle’s gone and the dust settles, who will Michael end up with? GH characters usually don’t stay single for long. Francesca (Celesta DeAstis) could be an option, but General Hospital might prefer a more established character. 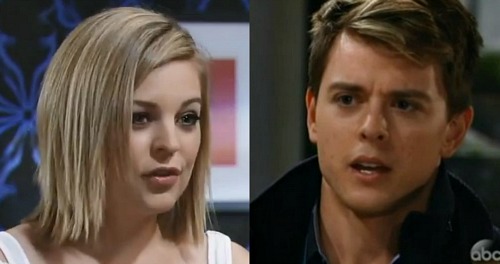 In an interview with Soap Opera Digest, Chad Duell revealed the lovely lady he has in mind for Michael. He thinks Maxie (Kirsten Storms) might be a good fit. “…I remember doing those scenes with Kirsten and they felt really good,” Duell said. “I saw the fan response, too, and it was great, so there’s no reason not to think of it as a possibility.”

Duell went on to say that he really enjoyed working with Storms. In a separate SOD blurb, Duell even suggested a potential fling for Michael and Maxie. If General Hospital doesn’t want to commit to a full-fledged pairing, a hookup might be fun. Duell offered Kiki (Haley Erin) as a backup option since it’s been a while since they were together. He’s never been with Erin’s version, so that’d be neat to try out.

Whatever the case, big changes are brewing in Michael’s life. Since we know Nelle’s on her way out, who do you want as Michael’s next love interest? Would you be up for a Maxie and Michael pairing? Would you rather see Michael with Kiki or someone else instead?