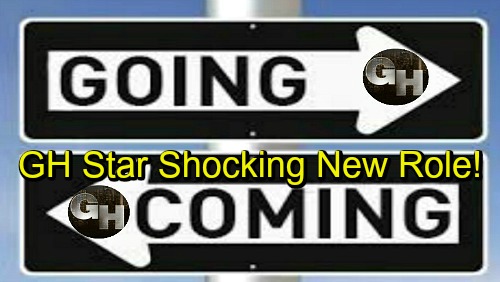 General Hospital (GH) spoilers reveal that we’ve got some comings and goings news to pass along. First, let’s talk about a long-awaited debut. It’s been quite a while since Stella (Vernee Watson) first mentioned the great love of her life. She was head over heels for Marcus (Nigel Gibbs) many years ago, so most GH fans expected him to pop up eventually.

Curtis (Donnell Turner) thought he could find Marcus and reunite him with Stella, but the plan was a bust. Although Curtis did indeed track him down, Marcus was taken. Curtis wanted to see Stella happy, in love and off Jordan’s (Briana Nicole Henry) back, but his marriage presented a problem.

Despite Curtis’ dropped mission, Marcus will walk back into Stella’s life on this week’s new GH episodes, November 19-23. Will he have business to take care of in Port Charles? Will he have any idea that Stella’s in town? This could be a soapy twist of fate, but it’ll certainly alter the course for Stella. If Marcus’ marriage isn’t so solid, perhaps there’s still a chance at renewed love.

In other GH news, Donnell Turner recently scored a fun side gig. He’ll appear in an Amazon drama series that’s set to air in 2019. It’s called Too Old to Die Young and centers around the chaos surrounding cops, gangs, hit men, the mafia and more. Turner will guest star as an incredibly ruthless character, so he should be able to show off a different side of his acting skills!

Meanwhile, a General Hospital alum has a new film in the works. Bree Williamson (ex-Claudette) will play Vanessa in Fatal Friend Request, which is set to be released in 2019. It sounds like an awfully intense suspense flick. When “fatal” is in the title, you can assume it’s going to be dark and deadly! It’s nice to see Williamson picking up a new project, so we’ll give you updates if any more details emerge.