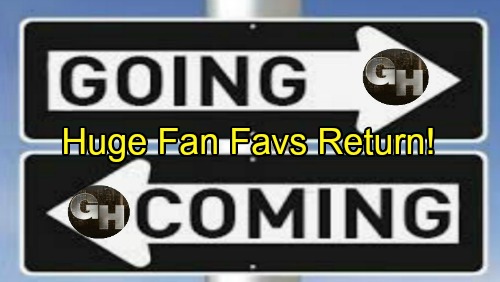 General Hospital (GH) spoilers tease that there’s some comings and goings news to share. For starters, Spinelli (Bradford Anderson) just popped up again. He’s hoping to pose as Heinrik and score info in Europe, so it sounds like he’ll need to do a little more planning with Jason. That’s quite a trick, which means they need to be prepared.

Deborah Strang is also back on the scene as Franco’s (Roger Howarth) mom, Betsy. Jordan (Vinessa Antoine) and Curtis (Donnell Turner) wanted to make sure Betsy was OK after her stint as a hostage. She was taken to a hospital in Buffalo to get checked out, but she’s good to go. General Hospital spoilers say Betsy will want to give Franco and Drew (Billy Miller) answers about their childhood ASAP. 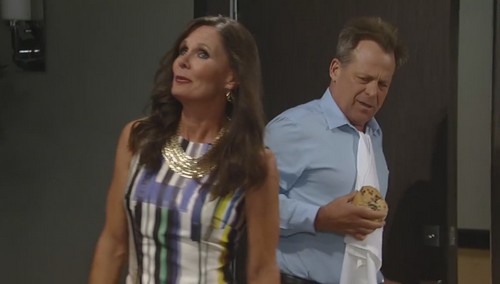 GH viewers will also see Lynn Herring reprise her role as Lucy Coe this week. It’s been a while since Lucy appeared on screen, so it’ll definitely be fun to have her back in the mix. General Hospital is celebrating its 55th anniversary and it just wouldn’t be the same without some fan favorites around.

Other General Hospital spoilers say Derk Cheetwood will return as Max Giambetti down the road. On social media, Cheetwood revealed that he was on set to film new scenes. A little later, Maurice Benard (Sonny) tweeted Cheetwood to congratulate him on a job well done. “You rocked it in the quiet world,” Benard said. “Thank you brother.” 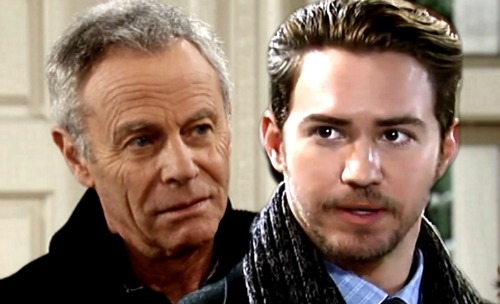 Cheetwood certainly appreciated the praise from his costar. He gushed, “Thanks bro it’s always an honor!” It looks like these two have some great material coming up. If any other General Hospital spoilers emerge on their upcoming storyline, we’ll be sure to pass along that info.

Tristan Rogers (Robert Scorpio) has also been filming again. On March 19, Rogers sent out a tweet to acknowledge his comeback. “Had a great first day on the GH set,” Rogers said. “Looking forward to the ride.” He later noted that his next airdate would be April 13 unless any pesky preemptions get in the way.

That’s in for comings and goings news! We’ll give you updates as other GH details come in. Stay tuned to the ABC soap and don’t forget to check CDL often for the latest General Hospital spoilers, updates and news.