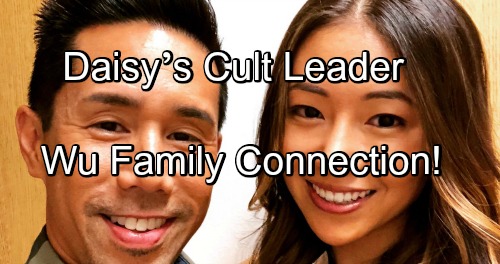 General Hospital (GH) spoilers tease that the cult that Daisy (Kelsey Wang) appears to be recruiting for could be connected to an old mob family in Port Charles – the Wu family! The last time they were mentioned on General Hospital was in 2015. That’s when Sonny Corinthos (Maurice Benard) called for a five-family meeting, which included Ms. Wu.

Ms. Wu was the most recent head of this crime family and GH Buzz says she could be to the birth mother of Brad Cooper (Parry Shen). Could Daisy be related to Brad? It’s possible she’s a sister that Brad doesn’t know about. That could spark an interesting connection between the Wu family and this creepy cult.

Port Charles hasn’t had much mob activity lately, so this is the perfect opportunity for the Wu family’s reappearance. There’s nothing standing in their way! Could they already be using the cult as a cover? If so, it makes sense that Daisy would be going after Kristina Corinthos-Davis (Lexi Ainsworth). Recruiting Sonny’s daughter could make this personal and kick off quite a war.

This could be the start of invading Sonny’s territory and creating major risks for the Corinthos clan. As the mess with Margaux (Elizabeth Hendrickson) winds down, Kristina’s cult drama will give Sonny something else to worry about. General Hospital never lets the action die down for the always front-and-center Sonny Corinthos. 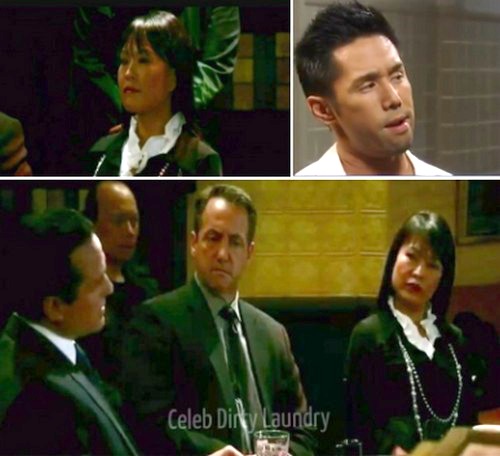 Longtime GH fans will recall some interesting Wu family tidbits from the mid-80s. Robin Scorpio-Drake (Kimberly McCullough) had a doll with eyes of black pearls, which came from a pair of Buddhas that were taken from Mr. Wu. The Wu family dealt mostly in stolen jade and other Asian treasures.

Mr. Wu had intended to use the pearls to finance a cannery being acquired in Port Charles. The people who worked there had been oppressed by an unfair labor system. Of course, Mr. Wu was actually the oppressor, not the management at the cannery!

General Hospital spoilers say another terrific story’s coming up in the present. This one could involve some cult chaos and tie in Brad’s potential link to Daisy. Do you think this cult’s associated with the Wu family? Is it a cover for something even more sinister? We’ll give you updates as other news comes in. Stick with ABC’s GH and don’t forget to check CDL often for the latest General Hospital spoilers, updates and news.