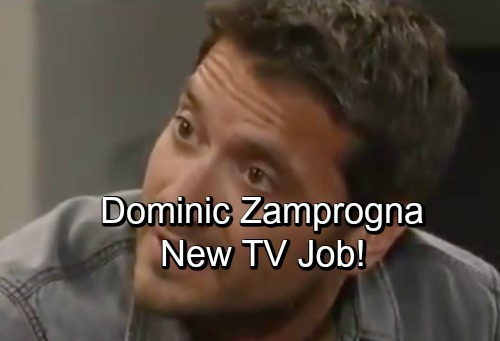 General Hospital (GH) spoilers indicate that Dominic Zamprogna, former Dante Falconeri, has already landed a new gig. Viewers were shocked when Dominic announced his impending exit. Having ties to both the Corinthos and Spencer clan, he has become an integral character.

Dante Falconeri arrived in Port Charles undercover with the goal of bringing down mob boss Sonny Corinthos. In true General Hospital form, it turned out that his target turned out to be none other than his father. After being shot by his father, the two characters cultivated a father son relationship. Dante eventually fell in love with Lulu Spencer and they had a son. 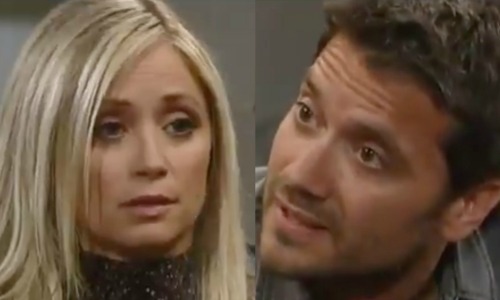 Dominic’s final GH scene aired June 28 when his character left for official police business with the WSB. Fans are grateful that the marriage of Lante was left intact and that he was not killed off leaving the door open for a possible return or recast.

When asked, Dominic stated “I’m not saying it’s over forever. It’s way too important a part of my life to never want to do it again”. Dominic has expressed gratitude for the outpouring of well wishes and support. 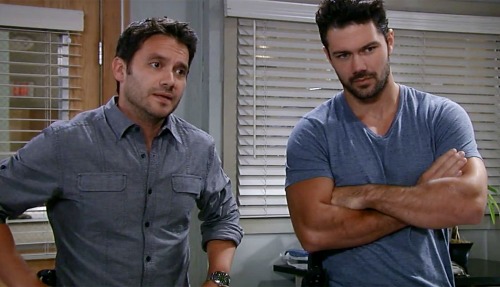 But for now, Dominic has departed Port Charles. According to Soap Opera Digest, Dominic has already started working on the British-Canadian drama, Tin Star. The drama stars Tim Roth and is the story of a police chief and his family trying to survive as crime erupts with the arrival of a large oil refinery.

Details have not been released as to what role Dominic will play, considering he recently stated “I got a little burned out playing the same guy”.

What role would you like to see Dominic play? Would you like to see a recast? We’ll give you updates as other GH news comes in. Stay tuned to the ABC soap and don’t forget to check CDL often for the latest General Hospital spoilers, updates, and news.