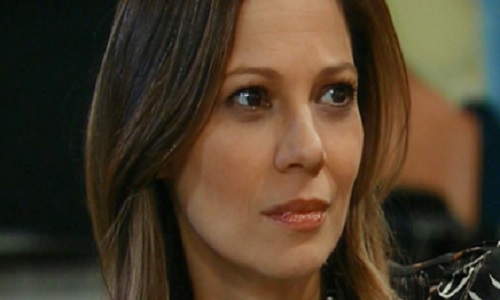 General Hospital (GH) spoilers tease that Kim’s desires will grow stronger. Oscar’s (Garren Stitt) certainly rooting for his parents to reunite, so that’ll leave Kim with more on her mind. She’s still longing for Drew after all these years. In fact, Kim has never truly loved anyone else!

The idea of being a united family with Oscar would be a huge perk of this reunion. That’s something Oscar’s never had, so Kim would undoubtedly love to give him that deep down. However, Kim and Drew have to be at the heart of this story. This is about finding out if they can recapture what they’ve lost.

General Hospital spoilers say Kim will decide to be straight with someone on April 17. She’ll reveal her intentions, so this could be about her love life. Kim might tell Julian (William deVry) that she has to make her move with Drew. If she doesn’t, Kim could regret it for the rest of her days.

Now that Drew and Sam (Kelly Monaco) have split, this is Kim’s big chance to lock him down for herself. Of course, it’s all about baby steps on GH. We’re not talking about proposing marriage here. Grabbing a cup of coffee together would be a nice start. 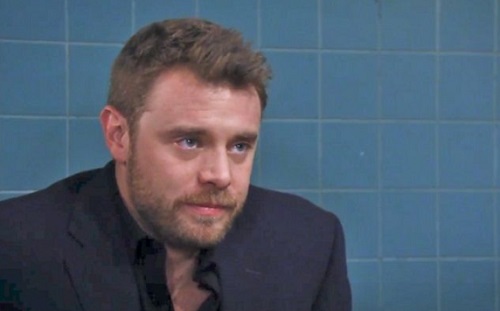 Kim could admit she still has some complicated feelings for her former flame. She knows Drew doesn’t feel the same way, but she may think he could reach that point later. Kim just needs to make Drew aware of her lingering love in case he might be open to the possibility. Drew can’t remember their previous romance, but there’s no reason they can’t start fresh.

Naturally, Drew will be caught off guard. He may have reservations about dipping his toe in the dating pool again. It’s not like Sam and Drew are divorced yet. Everything’s still a bit up in the air since Sam’s trying to make her choice. However, things could shift if Sam decides she wants a future with Jason (Steve Burton). General Hospital spoilers suggest Sam could be leaning in that direction.

Plus, it looks like the safe deposit box mission could yield some interesting results. If Jason and Spinelli (Bradford Anderson) recover what Drew needs to retrieve his memories, that could spark more changes. Drew may have a procedure done and suddenly recall his hot history with Kim.

GH laid the groundwork for this by making Kim’s romance with Drew part of her backstory. Why bother if they aren’t going to capitalize on it? General Hospital seems to be gearing up for “Krew,” so it’s best to be prepared! We’ll give you updates as other news comes in. Stick with the ABC soap and don’t forget to check CDL often for the latest General Hospital spoilers, updates and news.

“You have to tell me or this could end up really bad for Franco.” #GH pic.twitter.com/lJsTMFL9AA