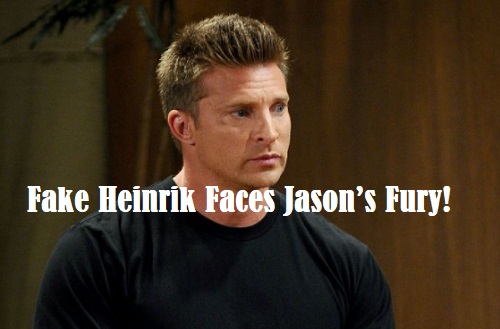 General Hospital (GH) spoilers reveal that Peter (Wes Ramsey) and Valentin (James Patrick Stuart) have a sneaky plan in motion. When Lulu (Emme Rylan) decided to drop her Heinrik investigation, Peter’s reaction took her by surprise. He pushed her to keep going, but Lulu wasn’t so sure she wanted to provoke more of Maxie’s (Kirsten Storms) wrath.

However, a new email changed Lulu’s mind. It contained a quote from The Severed Branch, which hasn’t been released to the public yet. Lulu guessed this could be the real Heinrik, so she intends to hear his side of the story. General Hospital spoilers say Lulu will move forward with her investigation after all. She’ll hope to meet Heinrik and find out if he’s as evil as his awful father, Faison (Anders Hove).

Of course, Lulu has been deceived and she’ll inevitably discover that down the road. Peter called Valentin and told him it was done, so what are they cooking up? Perhaps Valentin will get somebody to pose as Heinrik. Peter and Valentin may hope this will satisfy Lulu’s curiosity, but their plot could go deeper than that. They may think this is their chance to put the Heinrik drama to rest entirely. 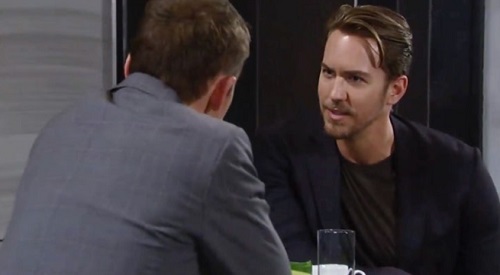 Valentin isn’t exactly known for his loyalty. He’ll turn on anyone in a heartbeat if it means wiggling out of trouble. Valentin won’t stand by and let anyone destroy his family. Since the Heinrik issue poses a threat to his happiness, Valentin wants to end this once and for all. The poor sap they get to impersonate Heinrik could be in real danger!

Let’s say Valentin finds someone who’s looking to make some quick cash. He could promise a large sum of money if this guy poses as Heinrik and says all the right things during an interview with Lulu. Naturally, Lulu might decide to give a tip to the cops. If not, the article itself could provide some clues for Jason (Steve Burton). This could put the fake Heinrik at war with “Stone Cold.”

Jason may consider killing him, but the phony Heinik could blurt out what happened to save himself. He may not know who paid him if it’s done anonymously, but he could convince Jason that this is indeed a scam. There might be some clues this GH imposter could pass along. This would certainly put Jason one step closer to taking Peter and Valentin down!

Will Jason catch the wrong guy thanks to some manipulative teamwork? Will that eventually put him on the path to the truth? We’ll give you updates as other General Hospital news comes in. Stay tuned to ABC’s GH and don’t forget to check CDL often for the latest General Hospital spoilers, updates and news.

There’s only ONE DAY left to bid in the #GeneralHospitalAuction. Don’t miss out on your chance to own a piece of television history! #GH55 #GH
BID NOW: https://t.co/Q4aRz4nsGU pic.twitter.com/IWfJnSZ4FA