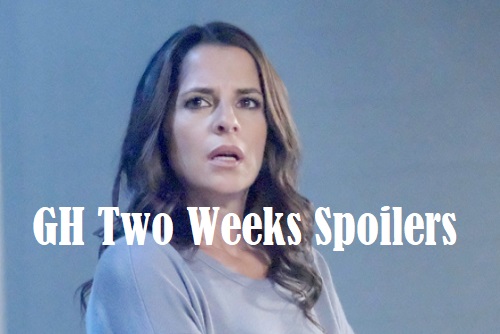 General Hospital (GH) spoilers for the next two weeks tease that some surprises are ahead on the ABC soap. The week of April 16-20 will bring a spirited debate in Switzerland. Anna (Finola Hughes) and Robert (Tristan Rogers) will have to reach a compromise. After sparring over Heinrik and how dangerous he may or may not be, their mission will move forward.

Jason (Steve Burton) and Sam (Kelly Monaco) will kick off an adventure of their own when Spinelli (Bradford) gets arrested. General Hospital spoilers say Sam will step up to help, but a change of heart will come later. In the meantime, there’ll be plenty of chaos in Port Charles. Mike (Max Gail) and Avery (Ava and Grace Scarola) will still be missing, so Sonny (Maurice Benard) will seek some help.

Ava (Maura West) will lash out at neglectful Carly for not being where she said she was going to be. She’ll argue that if they’d let her take Avery for the day, none of this would’ve happened. They’ll manage to calm down long enough to look for the tot. Later, Sonny will get a phone call that brings relief. It sounds like Mike and Avery will be found safe and sound. 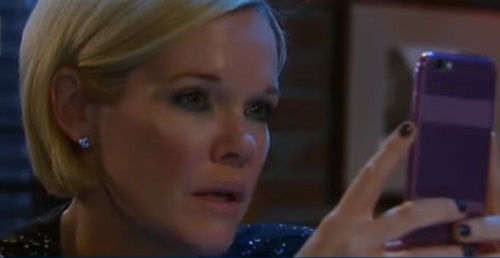 The week of April 23-27 will deliver another round of intense drama. After taking some presumably not-so-great advice from Nelle (Chloe Lanier), Ava could land in hot water. She may sabotage her own relationship if she’s not careful. Ava will also remain at war with Sonny and Carly, so they may revisit the custody issue. Sonny will defend his right to keep Avery full-time, but Ava may have other plans.

Over with Sam, something will force a change of plans. Will her flight get canceled or something along those lines? Perhaps Sam’s kids could end up hanging out with Anna (Finola Hughes) and Emma (Brooklyn Silzer) for a while. That’d free Sam up to heat things up with Jason if she chooses to!

Elsewhere, Julian (William DeVry) will have a tense encounter with Lucas (Ryan Carnes). Will these two make any progress in their relationship? GH fans hope so! Brad (Parry Shen) and Lucas are adopting a baby, so Julian would love to be a grandpa to him or her. Lucas won’t be prepared to take things that far yet, but even talking to Julian is a nice start.

Other General Hospital spoilers say Lulu (Emme Rylan) and Maxie (Kirsten Storms) will cross paths as well. There’ll also be some tension for these two thanks to Maxie’s grudge. Still, that won’t stop Maxie from hoping she can make amends.

GH viewers won’t want to miss all the fantastic scenes ahead. We’ll give you updates as other news comes in. Stay tuned to the ABC soap and don’t forget to check CDL often for the latest General Hospital spoilers, updates and news.