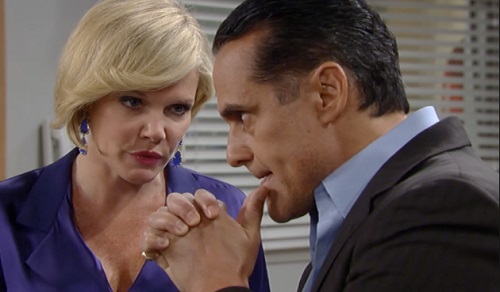 General Hospital (GH) spoilers tease that Ava (Maura West) will get some alarming news. She’ll be stunned when she hears that Avery’s (Ava and Grace Scarola) gone missing with Mike (Max Gail). There’s a good chance Ava will be the last the know as usual. Sonny (Maurice Benard) is never very concerned about keeping her in the loop on her own child.

Nevertheless, Sonny will have to get in touch with Ava eventually. After he gets the scoop from Avery’s nanny, he’ll leap into action. Sonny might check a few of Mike’s favorite spots around town before he goes into full-on panic mode. When Mike doesn’t turn up at any of them, Sonny will grow increasingly worried. He’ll decide to fill Ava in and see if she can pitch in with the search.

Naturally, Ava will really lose it. She may gripe about Sonny and Carly (Laura Wright) handing off Avery to the nanny when she could’ve been with her daughter. Next, Ava will wonder where in the world Carly was when this went down. She’ll think it’s horrible that Carly couldn’t show up when and where she was supposed to. 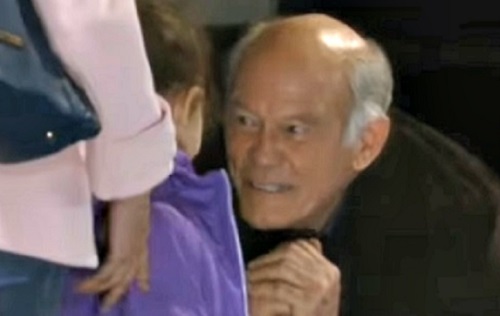 Of course, Carly decided to change her plans thanks to Nelle’s (Chloe Lanier) eerie note. She’ll be pretty rattled after she searches for Morgan (Bryan Craig) at the explosion site, but more GH drama’s ahead. Once Carly gets updates on Avery and joins the hunt, she’ll quickly face Ava’s wrath.

General Hospital spoilers say Carly and Ava will get into a heated argument over Avery’s well-being. Ava may contend that Sonny and Carly clearly have too much on their plate right now. She may insist that they should share custody so they can prevent more incidents like this. Ava won’t allow her little girl to be put in harm’s way again.

You can bet that Sonny and Carly will shut down that idea, but Ava may decide to fight back this time. General Hospital spoilers suggest that Ava will definitely stir up some trouble, so maybe she’ll take action in court. If nothing else, Ava could give Nelle some help with her plot. She still probably won’t want any details, but she could suggest that Nelle has her full support on this.

Ava’s hatred for Carly could indeed come in handy for Nelle down the road. Whether Nelle relies on Ava for a favor or frames her for the whole thing, this partnership could work out well for her. We’ll keep you posted as other GH details emerge. Stay tuned to the ABC soap and don’t forget to check CDL often for the latest General Hospital spoilers, updates and news.

WATCH: Sonny lets Stella know what his biggest fear is, as it relates to Mike’s Alzheimer’s diagnosis. #GH55 pic.twitter.com/FAnWTmYw0w