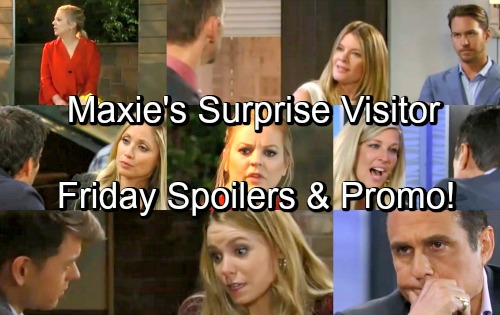 General Hospital (GH) spoilers for Friday, May 4, tease that Robert (Tristan Rogers) will grow increasingly concerned about Anna (Finola Hughes). She just revealed her plan to Jason (Steve Burton) and it sounds awfully dangerous. Anna wants to tell Lulu (Emme Rylan) that she’s Heinrik’s mother and hopefully set up a meeting with her son.

Jason believes Anna’s just a decoy, but he still has some fears about this. Robert will chime in with worries of his own on Friday. He’ll suggest that Anna’s been working far too hard to get herself killed. Robert may think there has to be a safer strategy, but Anna will probably stick to her guns and hope for the best. 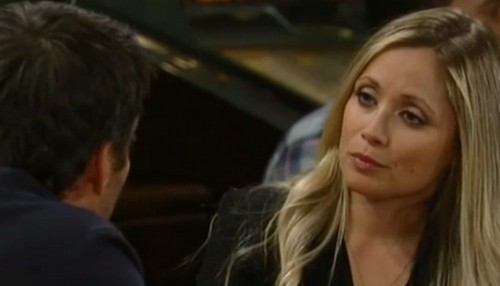 Meanwhile, Lulu will get a warning from Dante (Dominic Zamprogna). She won’t offer the details of her latest assignment, but Dante will obviously suspect trouble. He’ll argue that if Lulu keeps hanging around the hornets’ nest, she’s going to get stung. Lulu will tell a few fibs to placate her hubby, but it’s clear that Dante’s right. She’s definitely got some major drama headed her way.

Across town, Peter (Wes Ramsey) and Nina’s (Michelle Stafford) showdown will continue. She just confronted him about the file on Nathan (Ryan Paevey), but Peter will try to deflect her questions. Valentin (James Patrick Stuart) will get caught in the middle of their conflict, so he’ll struggle to settle them both down. Whatever happens, Nina will remain convinced that Peter’s a ruthless liar. 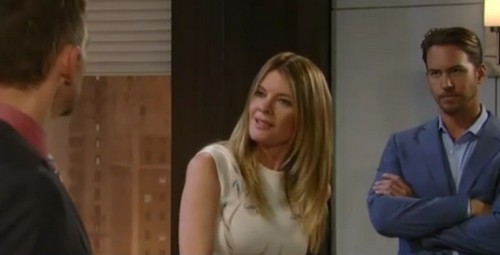 Other General Hospital spoilers say Maxie (Kristen Storms) will hear a noise in the cemetery. She’ll call out and ask if someone’s there. Maxie might run into Lulu or someone else who cared about Nathan. At least she’ll know her beloved husband hasn’t been forgotten.

Elsewhere, Nelle (Chloe Lanier) will keep her little game going. She’ll talk to Michael (Chad Duell) about their baby and how things are still tense with his mom. Nelle will suggest that peace is necessary, so she’ll hope that Carly (Laura Wright) will get on board. She’ll contend that this war has to end for the child’s sake. 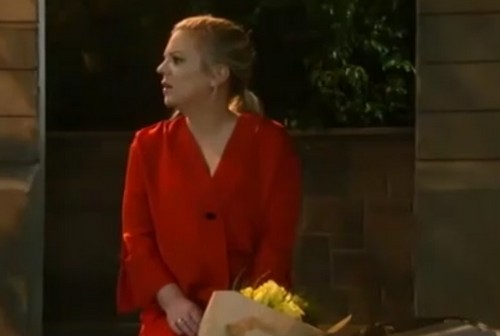 GH spoilers say Michael will appreciate Nelle’s attitude. Perhaps he’ll think he can work on Carly and try to create better environment for their son or daughter. Of course, Nelle doesn’t really care about making peace. In fact, she’s busy with Carly’s takedown plot! Nevertheless, Nelle will probably play Michael like a fiddle. He’s a sucker for this happy family stuff.

Carly, on the other hand, is starting to get suspicious. She’ll tell Sonny (Maurice Benard) about Nelle’s recent offer and insist the schemer has an agenda. If a tragedy were to take Nelle and Michael out of the picture, Carly and Sonny would raise the kid they left behind. 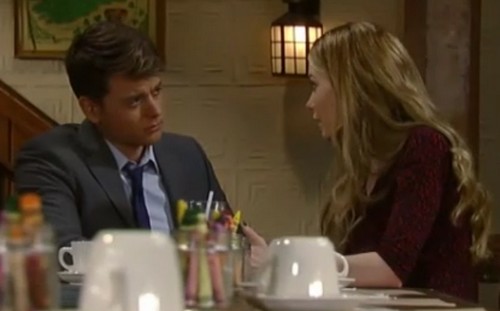 Naturally, Carly doesn’t buy that Nelle actually wants that arrangement. She’ll assume this is part of some twisted plan and she’s exactly right. Sonny may agree, but he’ll think they should keep the focus on Carly’s mental health. That’s the most important issue at the moment.

It sounds like some exciting scenes are ahead on General Hospital. We’ll give you updates as other GH news comes in. Stay tuned to the ABC soap and don’t forget to check CDL often for the latest General Hospital spoilers, updates and news.