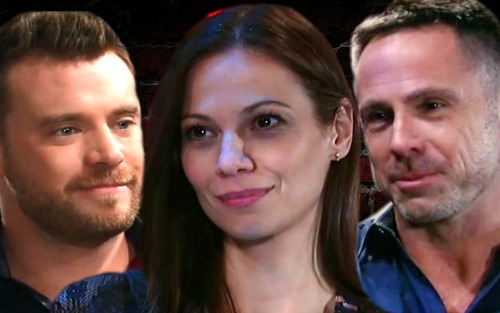 General Hospital spoilers say that the ABD show has long been known for the best super couples on daytime. The 80’s General Hospital dominated with Luke (Anthony Geary) and Laura(Genie Francis), Frisco(Jack Wagner) and Felicia( Kristina Wagner) the list goes on into the turn of the millennium heavy hitting Super Couple Sam(Kelly Monaco) and Jason (Steve Burton).

Which brings us to the question who will form General Hospital’s next huge Super Couple – that couple that you get so crazy talking about you forget they are soap characters and think they are real people!

After the highly anticipated March 7 GH episode fans watched as Sam professed her undying love to Jason even referring to Drew Cain (Billy Miller) her present hubby as “him.” Jason Morgan reciprocated his undying love to Sam it is safe to say there will be a JaSam reunion but it won’t be easy. As GH fans all know in true soap fashion there will lots of obstacles and drama along the way most likely tearing apart the Sam and Drew marriage. 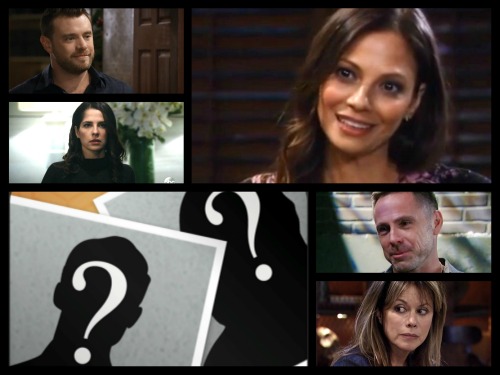 Which leads us to the CDL Poll Question of the day: If the powers that be split up the “DreAm” (Sam/Drew) & Julexis (Alexis/Julian) couplings who would become the next dynamic duo: Mapping victim Drew Cain and Dr. Kim Nero (Tamara Braun) or Ex Mobster Julian Jerome (William deVry) and Dr.Kim? Which couple would bring the most drama and excitement?

General Hospital Writers have put Julian and Drew together with Dr.Kim often recently which has fans asking which coupling has the greatest “Super Couple” potential? For the die-hard, “Julexis” fans, Julian Jerome is out of the question for anyone but Alexis Davis (Nancy Lee Grahn) but he sure seems to have tons of chemistry with Dr. Kim. GH buzz is that Kim will will give jealous Alexis and run for her money.

Recently, General Hospital writers have been leaning toward a Julian/Kim match up with Kim dropping into his bar often calling Julian “Charlie” in a flirtatious manner – these two seem to love the banter. Some fans love this possible pairing while others still hold out for the Julexis reunion.

Kim being an MD and Julian being an ex-mobster turned bar owner with a very jealous ex-wife Alexis Davis could be an interesting pairing or love triangle. One thing is for sure, Julian smiles much more when Kim is around than not…. 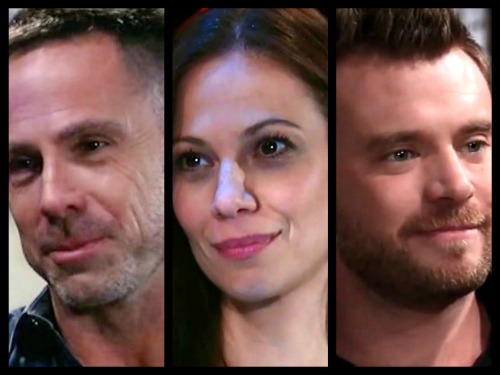 A Drew and Kim pairing could make for a super couple if the powers that be do not villainize the Kim character. General Hospital spoilers have assured that GH fans really do not know Kim’s true motives for coming to Port Charles. If Kim turns out to be all she claims then she could easily be part of a “super couple” she seems to have great chemistry with Drew plus she shares a son with him which gives them a natural bond. Kim also seems to bring out the best in Drew he laughs more and just seems to be more relaxed when she is around.

General hospital spoilers suggest that when Drew gets his memories back it will bring him closer to Kim, perhaps closer than he is with Sam! Will Sam’s green-eyed monster rear it’s ugly head making things a little more difficult for everyone to move on. The Drew situation is even more complicated than Julian’s with a possible quadrangle with Jason in the mix – after all, GH is a soap and it is all about drama.

The one thing both Julian and Drew have in common with their Dr. Kim relationship is that although both men are rather dour characters, she brings out a lightness and joy they seldom evince otherwise. The question is who would be the best partner for Dr. Kim, Julian or Drew in terms of establishing a GH Super Couple?

Vote now and share your thoughts we love to hear them! Stay tuned to ABC’s General Hospital and watch as these fun pairings evolve. Thank you for choosing CDL for all of your General Hospital news, updates and spoilers!