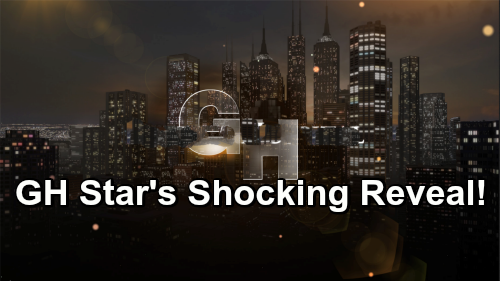 General Hospital (GH) spoilers tease that Laura (Genie Francis) has some gripping material coming up. She’s a huge part of the Ryan (Jon Lindstrom) drama and could certainly play a role in how it’s all exposed. Of course, Genie Francis is thrilled to be back at GH and involved in such a hot story. In an interview with Closer Weekly, Francis dished on her return and how the fans altered her future.

For starters, Francis talked about her abrupt departure from General Hospital. GH viewers were blindsided when Francis was taken off contract and so was Francis herself. “I didn’t know it was coming,” Francis admitted. “They wanted to reduce me to doing only 20 shows a year which basically means you show up at a wedding or a funeral or something.”

Francis is a respected soap vet who just wasn’t down for that kind of treatment. She decided to pass on such a small amount of airtime. “I said no,” Francis said. “There’s no acting there, and it wasn’t worth it to wait by the phone. I felt that was maybe going to be the end of my career.”

Thankfully, it wasn’t the end at all! Francis soon got a new beginning and GH fans are partially responsible for that. The outcry on social media was swift and fierce. General Hospital watchers made their outrage known to TPTB, so the show shifted gears and decided to make things right.

Francis explained that the show got in touch with her two months later and admitted their mistake. The fans were upset and the pressure was on. GH producers wanted to know how they could fix it and for Francis, the answer was simple. “I said, ‘I want a story.’ We talked about ideas and then it was like, ‘You’re coming back to work!’ I was very excited,” Francis gushed.

Once Francis saw her brand-new apartment set, she felt confident in her comeback. That showed her that GH was serious about keeping Laura and making her a priority again. Francis was also asked about the costars who have exited General Hospital. She suggested there are many performers she misses working with at GH, but there’s one she misses most of all.

“I have to say the biggest, most important one was Tony [Geary],” Francis said. “That hurt. I cried because he was a big chapter of my life. He was the backbone of the show, and when he left I really felt the vacancy.” Francis suggested that she’s happy for Geary, who played Luke on GH, but she’ll “always miss acting with him.”

It sounds like Francis would definitely support Luke’s return. Could the show make it happen one day? Anything is possible! General Hospital spoilers say more Ryan mayhem’s ahead in the meantime, so there’ll be plenty to keep Laura busy. We’ll give you updates as other news comes in. Stick with the ABC soap and don’t forget to check CDL often for the latest General Hospital spoilers, updates and news.