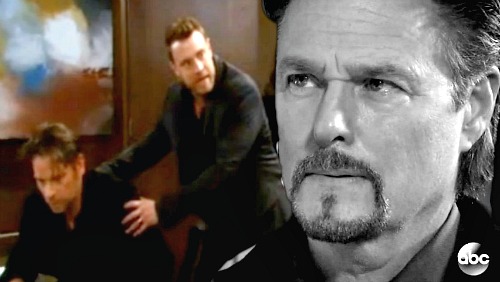 General Hospital (GH) spoilers tease that Drew (Billy Miller) and Franco (Roger Howarth) will find themselves in quite a predicament. They had no idea they’d end up in so much danger when they kicked off this mission. Jim Harvey (Greg Evigan) will prove he’s a real menace soon enough.

It’s clear that Jim’s got major secrets and he doesn’t want them to get out. One of those secrets involves the abuse he forced “Bobby” and “Andy” to endure. Instead of taking responsibility for his actions, Jim will just make more trouble. He’ll order his brutes to take Franco and Drew to a construction site.

Jim will want these allies locked up where they can’t spill the truth. Of course, part of him will also want them to suffer. Jim’s a real creep, so he must get some pleasure out of schemes like this. Getting thrown in captivity isn’t a great experience, but that’s still not too bad on its own. The true drama will come thanks to what happens next. 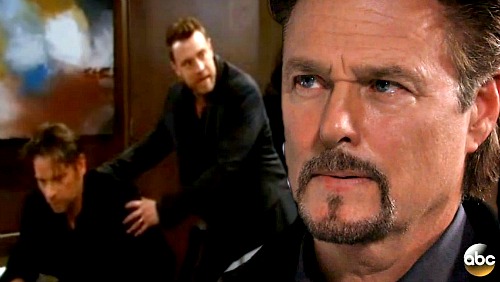 General Hospital spoilers say this construction site is set to be filled with cement! Jim will be sending Drew and Franco to their deaths with his latest orders. They may figure out what’s going on eventually, but there’ll be no way out. Franco and Drew will just have to hope that someone comes to their rescue.

In the meantime, the memories will start flowing for Franco. He’ll finally remember the events that led to Drew’s tumble down the stairs. Franco indeed pushed Drew, but it doesn’t look like it was a malicious shove. “Bobby” was just trying to get “Andy” down in the basement before Jim caught up with them. He probably didn’t want his buddy to take a beating. 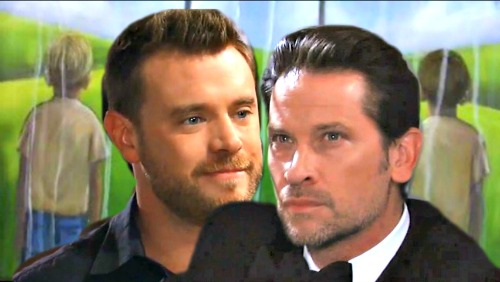 Once Franco confesses everything, GH spoilers say he’ll share a tender moment with Drew. When you combine that with the peril they’re facing, a renewed friendship could be brewing. Drew will definitely see a different side of Franco throughout this harrowing ordeal. He’ll think maybe Liz (Rebecca Herbst) was right about Franco turning over a new leaf.

It sounds like some shocking scenes are in the works. We’ll give you updates as other General Hospital news comes in. Stay tuned to ABC’s GH and don’t forget to check CDL often for the latest General Hospital spoilers, updates and news.