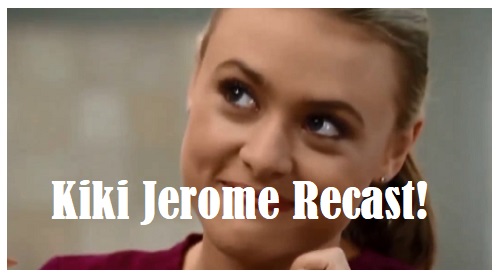 General Hospital (GH) spoilers tease that Hayley Erin (Kiki) will likely exit the ABC soap down the road. She recently scored a role in Freeform’s Pretty Little Liars spinoff. It’s called The Perfectionists and although it’s still in the pilot stage, this one will almost certainly get picked up. PLL was a hit for Freeform, so they’re anxious to capitalize on that popularity with a new spin on the series.

At a recent GH fan event, Erin suggested that she’d love to do both shows. However, that doesn’t seem like a realistic option. Soaps tend to bring demanding schedules for their cast members. Adding another show on top of that could be downright impossible. Erin may have to choose, so she’d obviously go for her shiny new primetime part.

Of course, it’s possible that Erin’s airtime could be reduced. She could drop to recurring and still pop up occasionally, but it’s going to be hard to keep her in the story that way. General Hospital really doesn’t need to lose another character in that age range. The more mature characters are great, but it’s all about balance. It’s wise to inject a bit of youthfulness into any daytime drama. 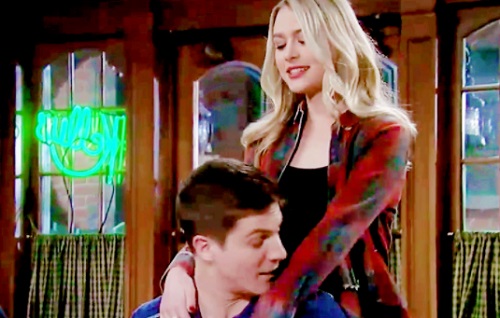 Writing Kiki out entirely is still an option, but it’d be better for GH to just recast. We accepted Erin as a Kiki recast, so we can accept another actress as well. Word has it that the show may already be on the hunt for a new Kiki. GH has been holding auditions for an unnamed role. General Hospital may be trying to keep it hush-hush until Erin’s official departure is announced.

On Instagram, an actress named Angie Patterson posted a pic outside the studio. She’s hoping to lock down the part that’s up for grabs. Patterson’s hair is quite a bit darker than Kiki’s, but that could easily be fixed. Over on The Bold and the Beautiful, Annika Noelle dyed her hair blonde to play Hope. It’s normal to adjust someone’s look a little when you’re dealing with a recast situation.

Nevertheless, there were surely oodles of other Kiki-wannabes if these were indeed Kiki auditions. There may be some fantastic blonde bombshell just waiting to be snatched up. Recasts are just part of the biz, so fans can get used to them in time.

It’s clear that there are more stories for Kiki to tell in Port Charles. She’s still got Dr. Bensch (James DePaiva) creepiness to deal with. Plus, Kiki needs some action in her love life. Since Griffin (Matt Cohen) may be on the verge of a breakup with Ava (Maura West), perhaps the younger Jerome is poised to take Mom’s place. If not, Detective Chase (Josh Swickard) could use a new gal to get cozy with.