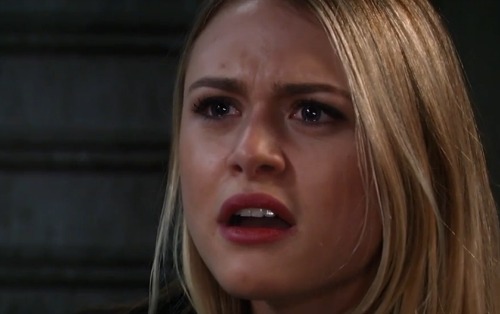 General Hospital (GH) spoilers tease that an act of God will strike Port Charles. It’s part of major February sweeps drama, so GH fans had better be ready. The show’s understandably trying to keep some of the details under wraps. They want to preserve the surprise of this horrific event.

However, there are huge clues to help us see where this plot’s headed. Many of those clues point to danger for Kiki (Hayley Erin). First, Ava’s (Maura Wright) fears will rev up just before Valentine’s Day. Kiki could easily cut try to curl up in a ball and hide. She may not take her mother’s calls as she copes with her sadness.

Kiki’s breakup with Dillon (Robert Palmer Watkins) is still fresh, so she won’t exactly be in the mood to celebrate this romantic holiday. Ava may fret about her daughter’s despair, but she could have much more to fret about soon. This disaster could spell serious trouble!

GH viewers will watch Spinelli (Bradford Anderson) rise to the occasion. He’ll be there for Kiki on February 14, so he might comfort her or brighten her Valentine’s Day in some way. Kiki may need someone nearby when danger hits.

General Hospital spoilers hint that Valentine’s Day could indeed be the start of the chaos. There’s buzz about things being a bit shaky, so maybe there’ll be an earthquake or some sort of cave-in. Kiki could be gravely injured thanks to what unfolds. 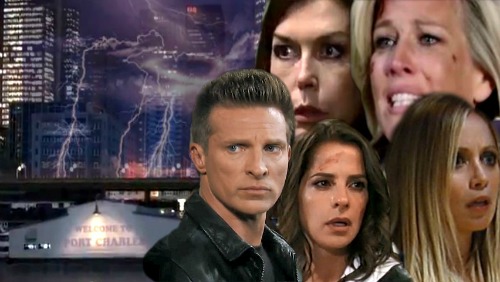 Spinelli may pull Kiki out of the rubble, but the staff at GH will have to take it from there. Griffin (Matt Cohen) will undoubtedly leap into action if Kiki’s wheeled in. He’ll be desperate to keep Kiki alive and put her on the path to recovery.

Griffin’s been battling guilt over losing Nathan (Ryan Paevey). As a doctor, Griffin’s used to patients dying. Sometimes they can’t be saved and that’s just part of the job. However, it hurts more when it’s someone you know. Griffin had a complicated history with Nathan, but it was a history nonetheless. It was hard for Griffin to be powerless in that situation.

Griffin could end up facing a similar dilemma with Kiki. Of course, this case would be even more personal. Griffin and Kiki have a solid friendship. Plus, we have to consider Ava’s reaction. If Griffin was unable to save Kiki’s life, that might be one obstacle “GrAva” couldn’t get past.

General Hospital spoilers say Ava will rip into Griffin on February 15. She may feel like there’s more he could do for Kiki. Ava should be a mess if her daughter’s near death. She might take her pain and frustration out on hardworking Griffin.

Fortunately, Ava will look after Kiki the next day. Perhaps Ava will refuse to leave Kiki’s bedside after she pulls through. It sounds like GH has some emotional moments in the works. We’ll give you updates as other news comes in. Stick with the ABC soap and don’t forget to check CDL often for the latest General Hospital spoilers, updates and news.